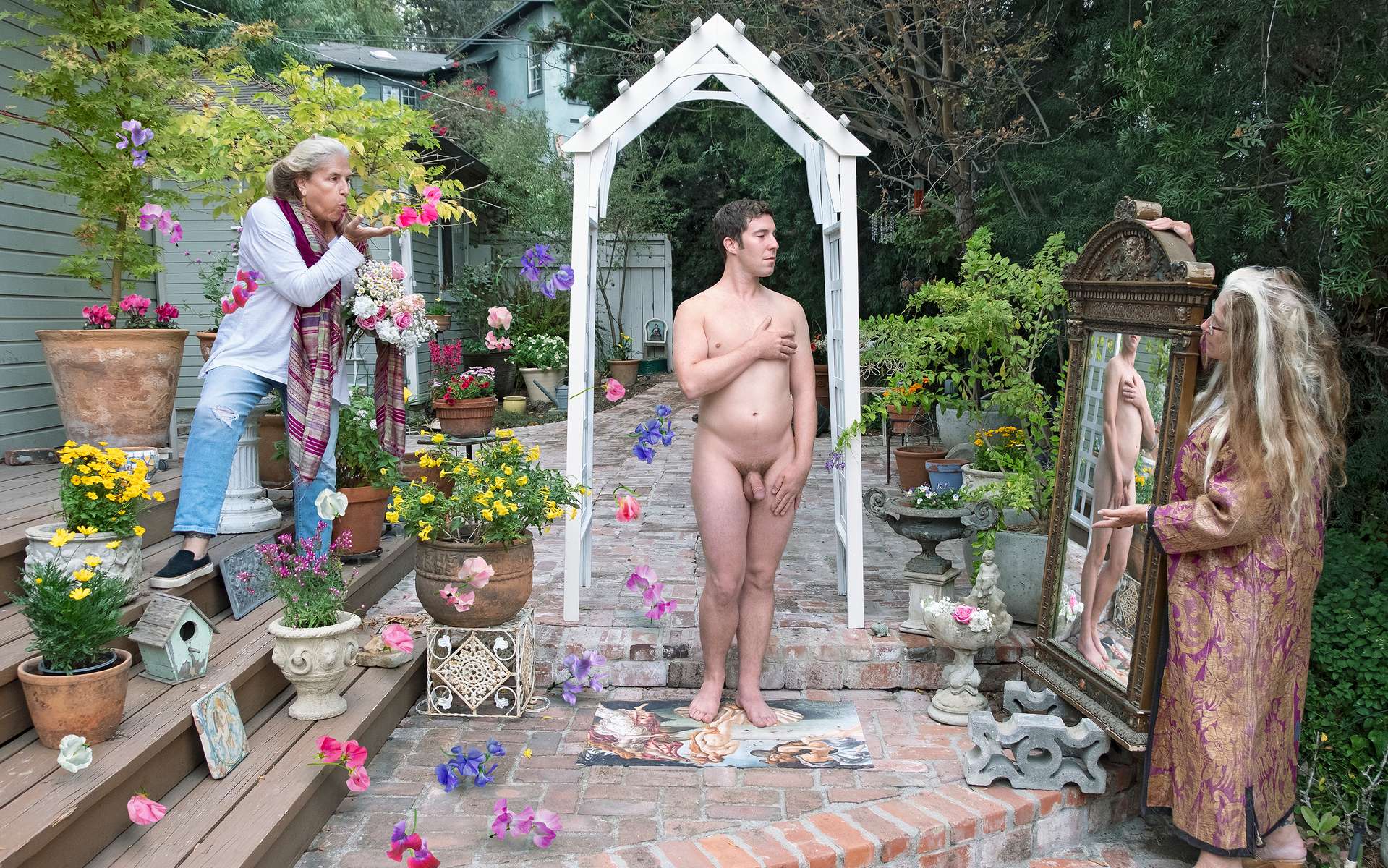 (Re)Thinking the Birth of Venus


The birth of Venus – the Roman goddess of love – is a creation story that begins with a most brutal act of violence. According to mythology, Cronus – the son of Uranus – cut off his father’s testicles with a stone sickle and threw his genitals into the sea. They caused the sea to foam – and out of that foam, Venus was born.

A man’s creation story of woman. The goddess of beauty and love born from sexual violence.

I respond the only way I know how – by telling a story of my own. With “(Re)Thinking The Birth of Venus,” I have appropriated this creation story on every level as a woman, including placing myself in the photo as the god(desse)s in the painting. In an era of angry men, I choose to create man from love – and rather than hold a cloak to hide his nakedness, as in Botticelli’s painting, I hold a mirror, inviting him to see himself without artifice, to know that bereft of power or prestige or brute strength, he is man. And this is enough for him to be. I want him to know that he is loved, that he comes from the earth, not an angry sea, and that he must in turn give back that love.

Mythology says that roses first bloomed when Venus was born. I surround the man in my creation story with sweet peas – inspired by Faith Salie’s essay in Time, on December 1, 2017, as the #metoo movement was rising. It’s titled “How to Raise a Sweet Son in an Era of Angry Men.”

She wrote: “Hours after I gave birth to my first child, my husband cradled all five pounds of our boy and said, gently, “Hi, Sweetpea.” Not “Buddy” or “Little Man.” Sweetpea. The word filled me with unanticipated comfort…I was witnessing my husband’s commitment to raising a sweet boy.

“Because this is what the world needs now, urgently: sweet boys and people who grow them.”