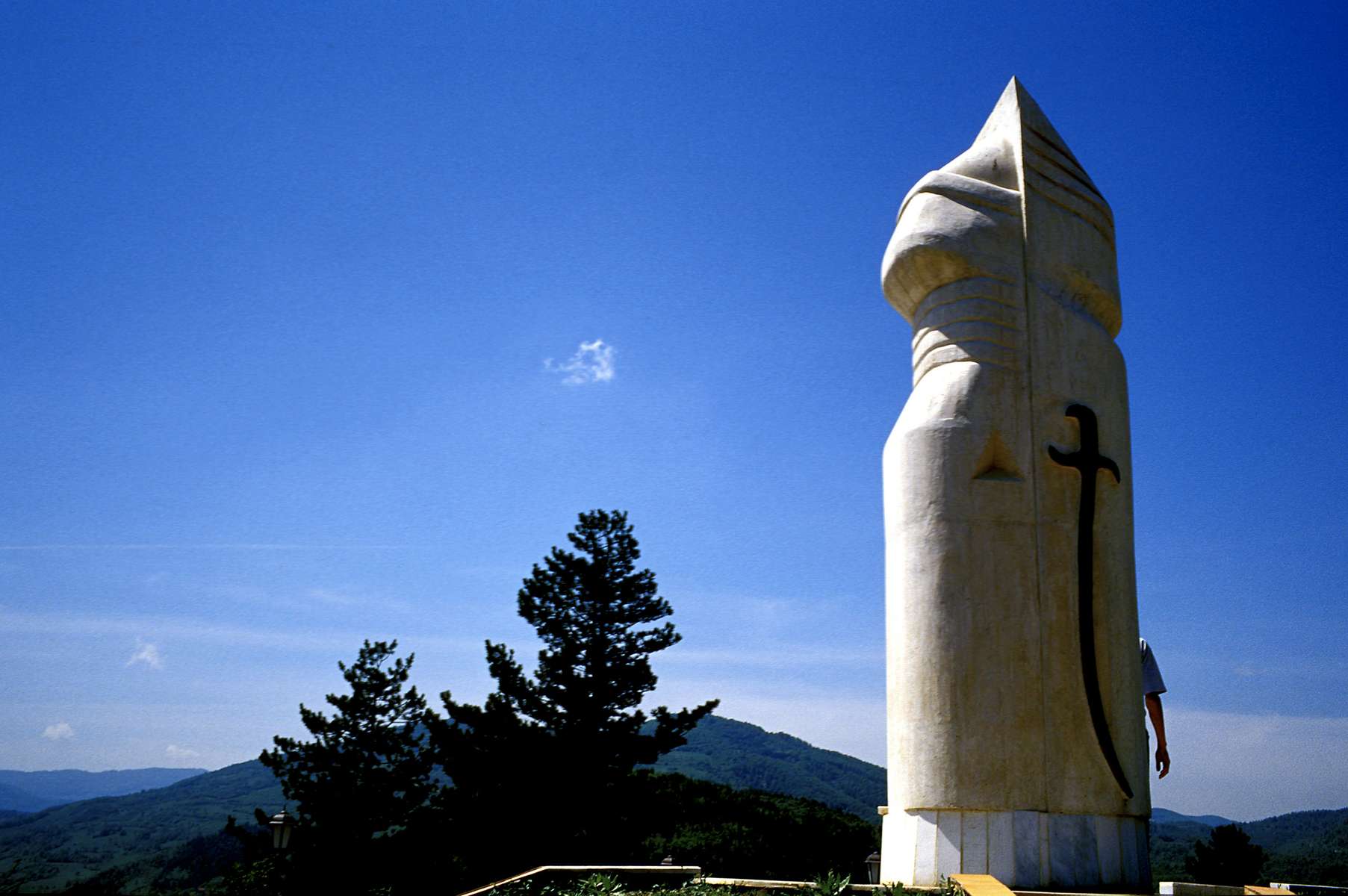 Muslim memorial above the former \"safe haven\" of Gorazde


A massive sculpture -- a stylized version of an old Muslim headstone -- stands above the town of Gorazde, on the spot where Serb artillery positions threatened Muslim civilians during the war. Along with the town of Srebrenica, Gorazde was designated as a United Nations \"safe haven\" for Muslims, but was virtually surrounded and often attacked by Serb forces during the war.