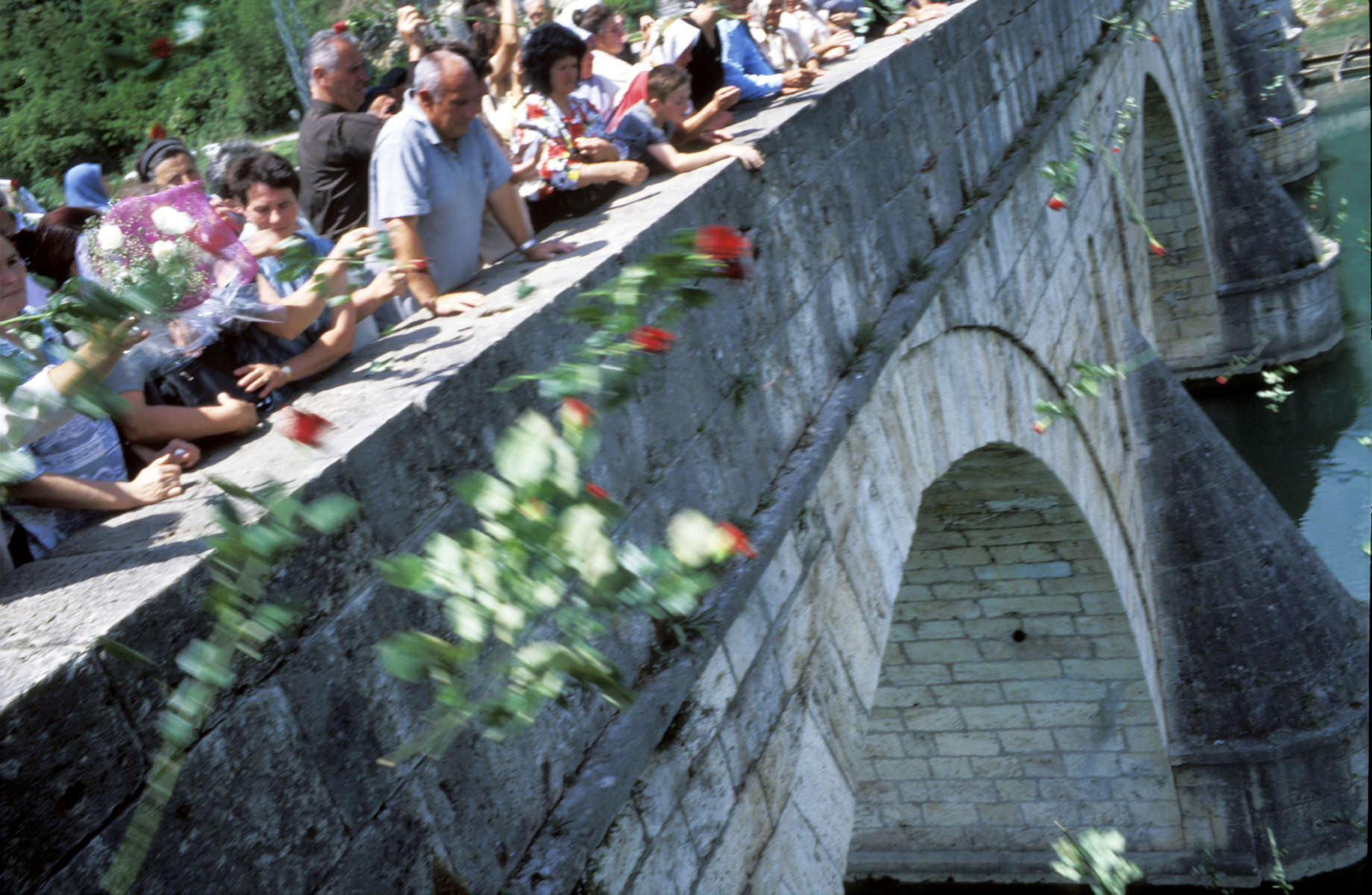 
Hundreds of Muslims gather on the old Ottoman bridge on the river Drina in Visegrad to commemorate the approximately 2,000 men and boys who were killed during the beginning of the war by local Serbs. Visegrad has remained a notoriously nationalistic Serb town since the end of the war, a climate that has made it difficult for many Muslims to return to their homes. The situation in Visegrad was so tense that it wasn\'t until 2002, seven years after the end of the war, that Muslims were allowed to visit and hold their first commemoration cermony. This was the second such event.