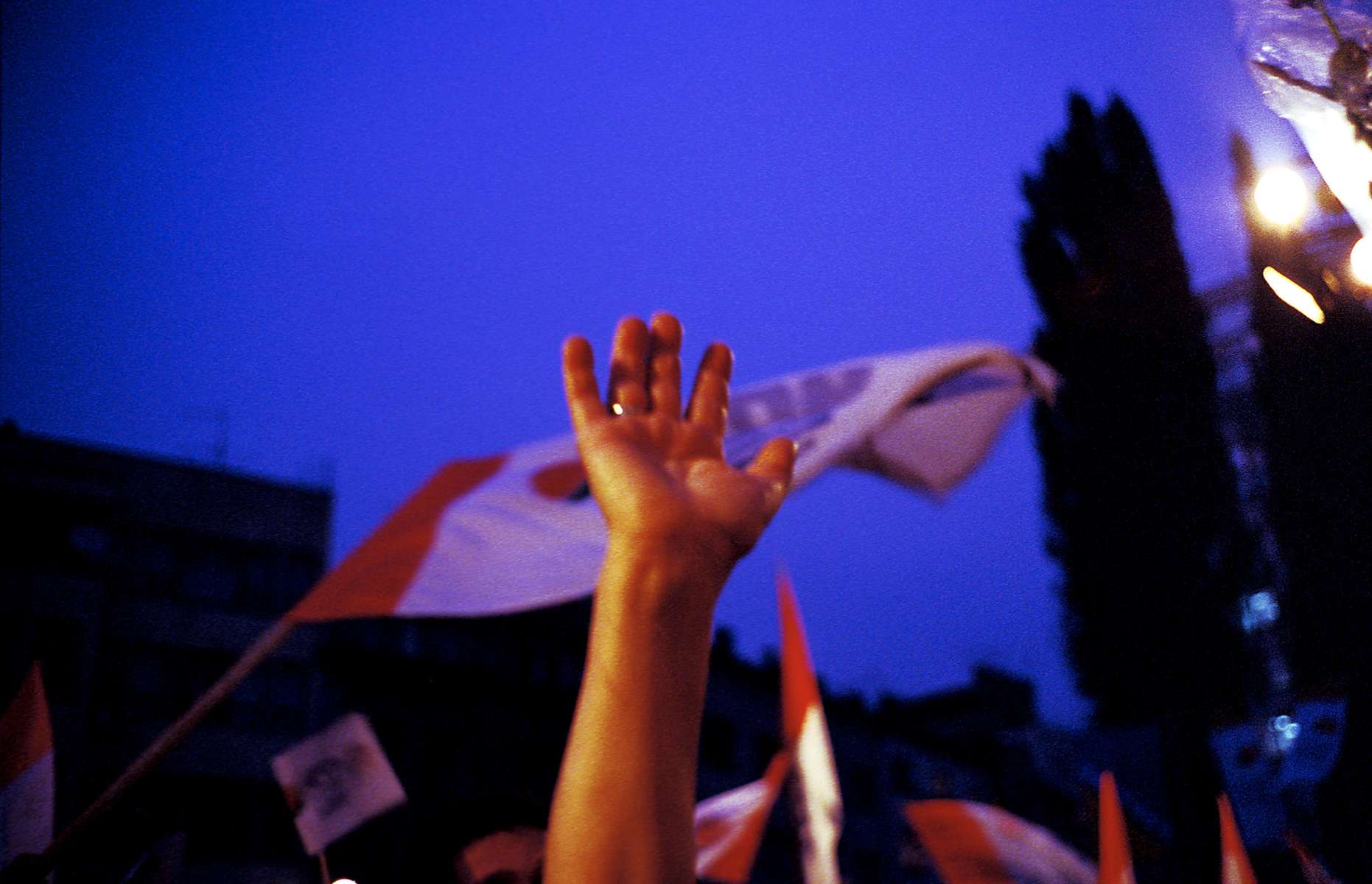 
The last election rally to be held before election day by the SDP, the popular, moderate Social Democratic Party of Bosnia and Hercegovina, which was part of the ruling coalition in government at that time. The international community had pinned high hopes on these elections, which were the first to be run entirely by Bosnian officials since the end of the war. But voter apathy and frustration with the slow pace of change led to an outcome that many political observers felt was a a setback for the country: moderate parties, including the SDP, lost heavily on election day, as voters returned to power the same three nationalist parties who controlled the country at the end of the war.