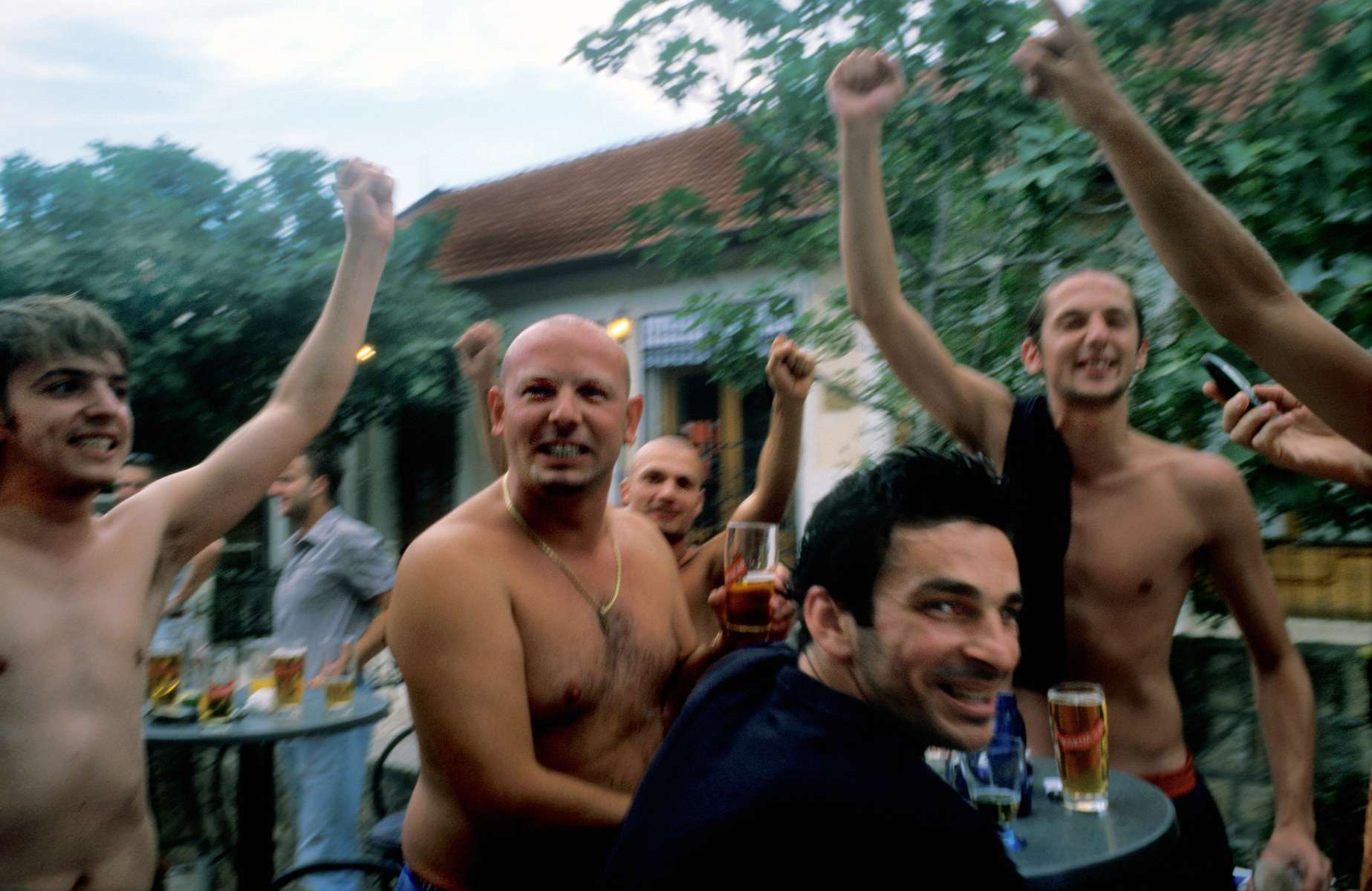 
With temperatures topping 100 degrees, shirtless young men sing and drink beer on the days of what locals say was Mostar\'s 448th annual bridge jumping and diving competition. It marked the first time that Mostarians were able to jump from the full height of their beloved bridge since it was destroyed during the war by Bosnian Croat forces. Although locals continued to jump from the remains of the bridge during the war, and later froma temporary bridge built after the war, they had to wait more than a decade before the bridge was rebuilt according to its exact original style and dimensions.