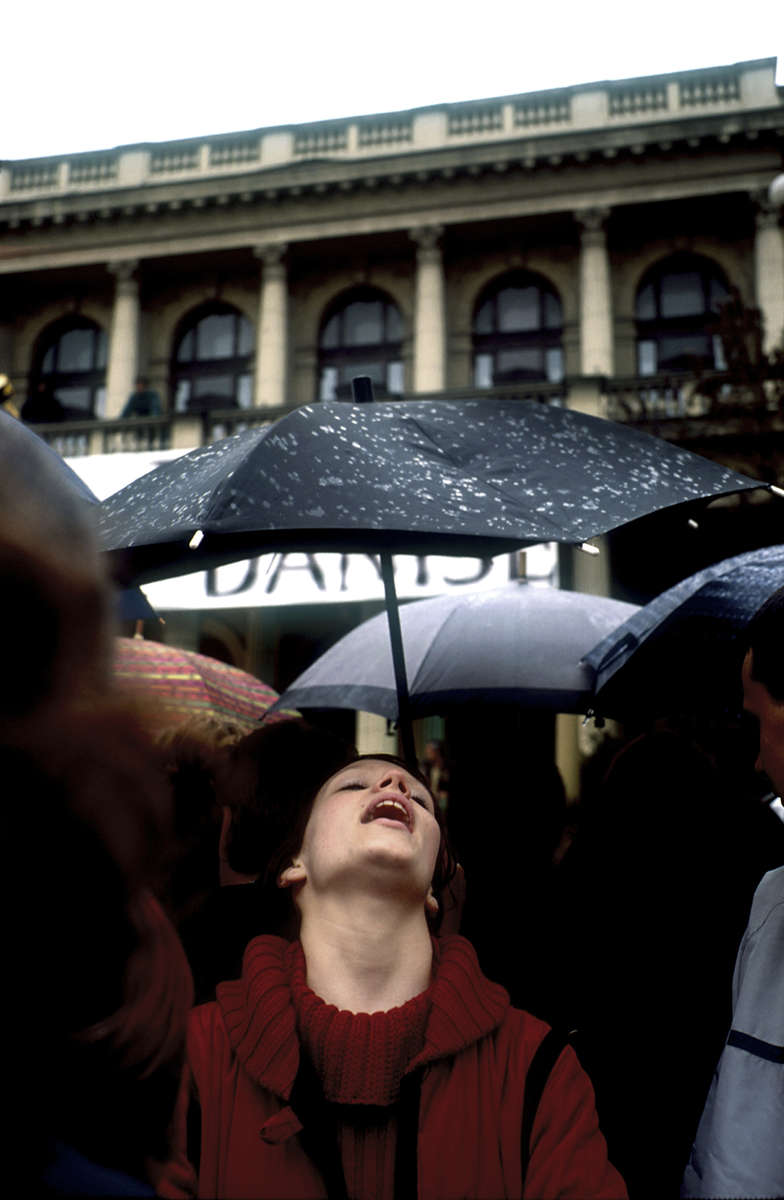 
A girl throws back her head in the rain while waiting for film director Danis Tanovic to appear at a rally in his honor. Tanovic, who won an Oscar a few days earlier for his film about the war in Bosnia, \"No Man\'s Land,\" came home to celebrate, arriving the day before the tenth anniversary of the beginning of the siege of Sarajevo.