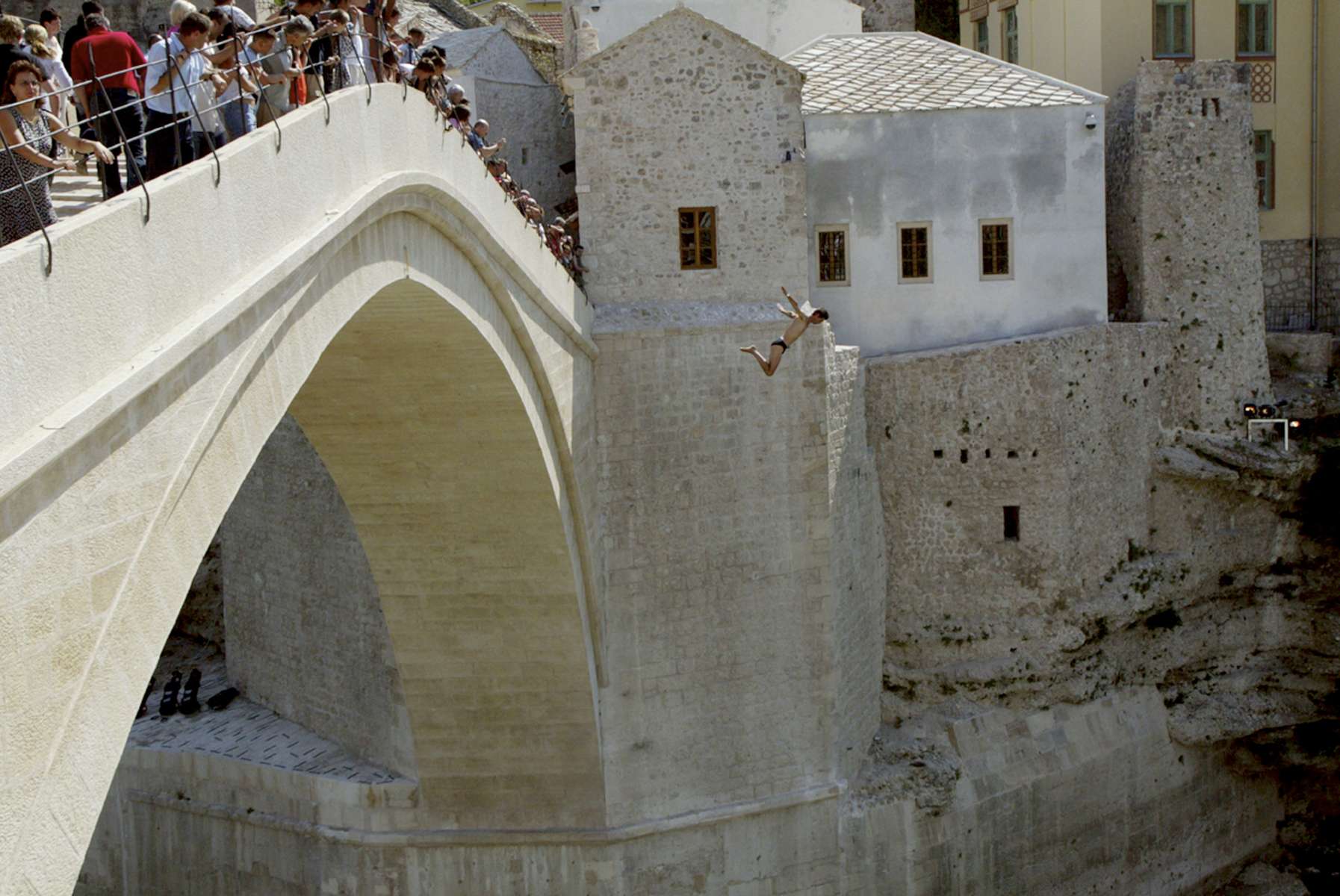 Leaping from the Mostar Bridge


One of Mostar\'s legendary jumpers throws himself from the town\'s famed brdige, which stands more than eighty feet high. Eleven years after the bridge was destroyed during the 1992-95 war, the rebuilt structure was opened to the public after a ceremony that drew many foreign officials, including Prince Charles. Local jumpers and divers wasted no time returning to one of their favorite pasttimes before the war -- collecting change from tourists who watch them jump. Local athletes also used the week to prepare for the 448th annual jumping and diving competition, held the following week.