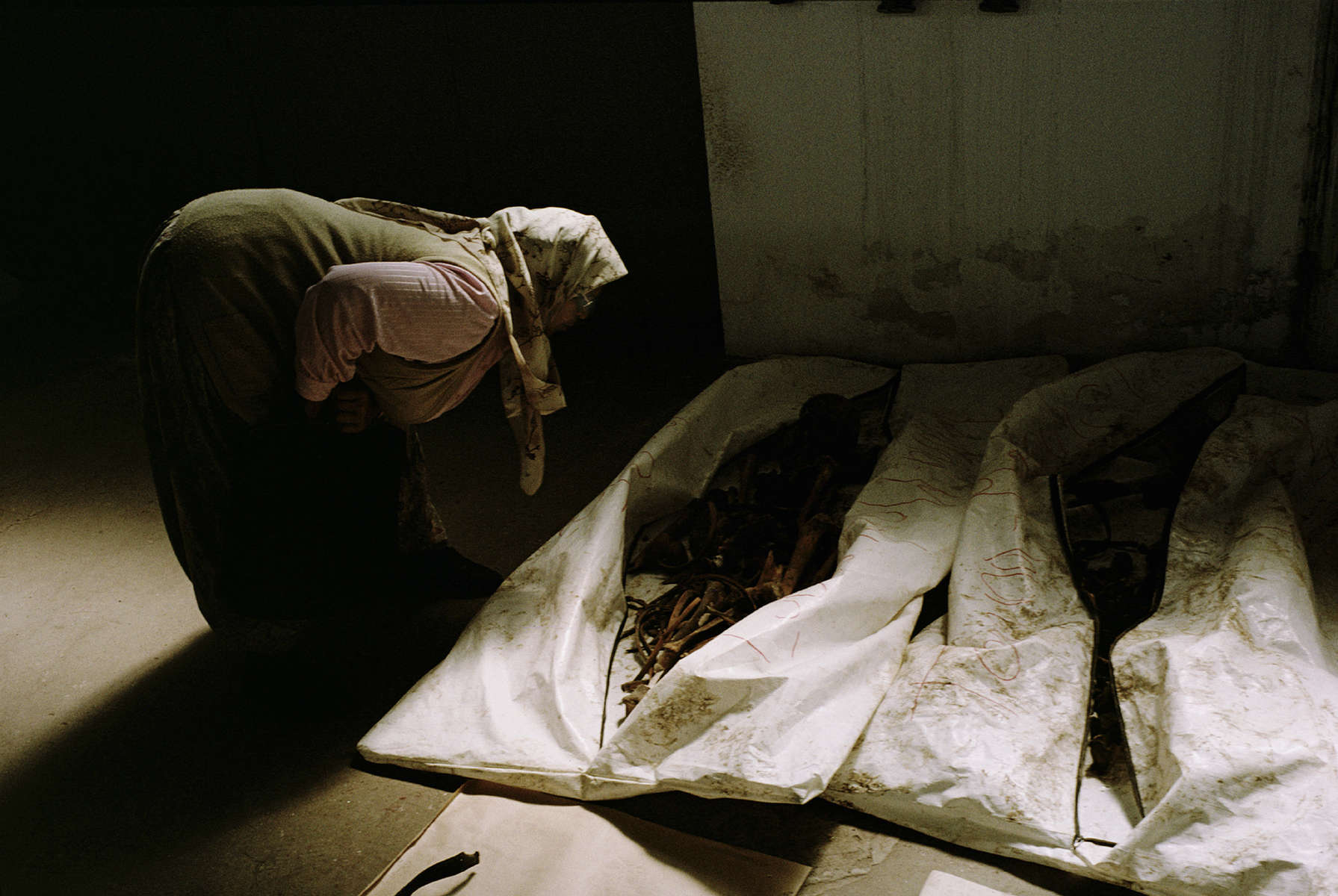 
Muslim widow examines body bags containing the remains of recently exhumed victims of the 1992 \"ethnic cleansing\" campaign waged by Serbs against their Muslim neighbors. Exhumations of mass graves began in 1996 and are expected to last for many years to come. Nearly 30,000 Muslims -- most of them civilians -- were listed as missing at the end of the war; most are believed to have been victims of \"ethnic cleansing.\" July 2001