Aftermath: Bosnia's Long Road to Peace: Chapter One: This Peace: Prayer for the dead, Srebrenica widows 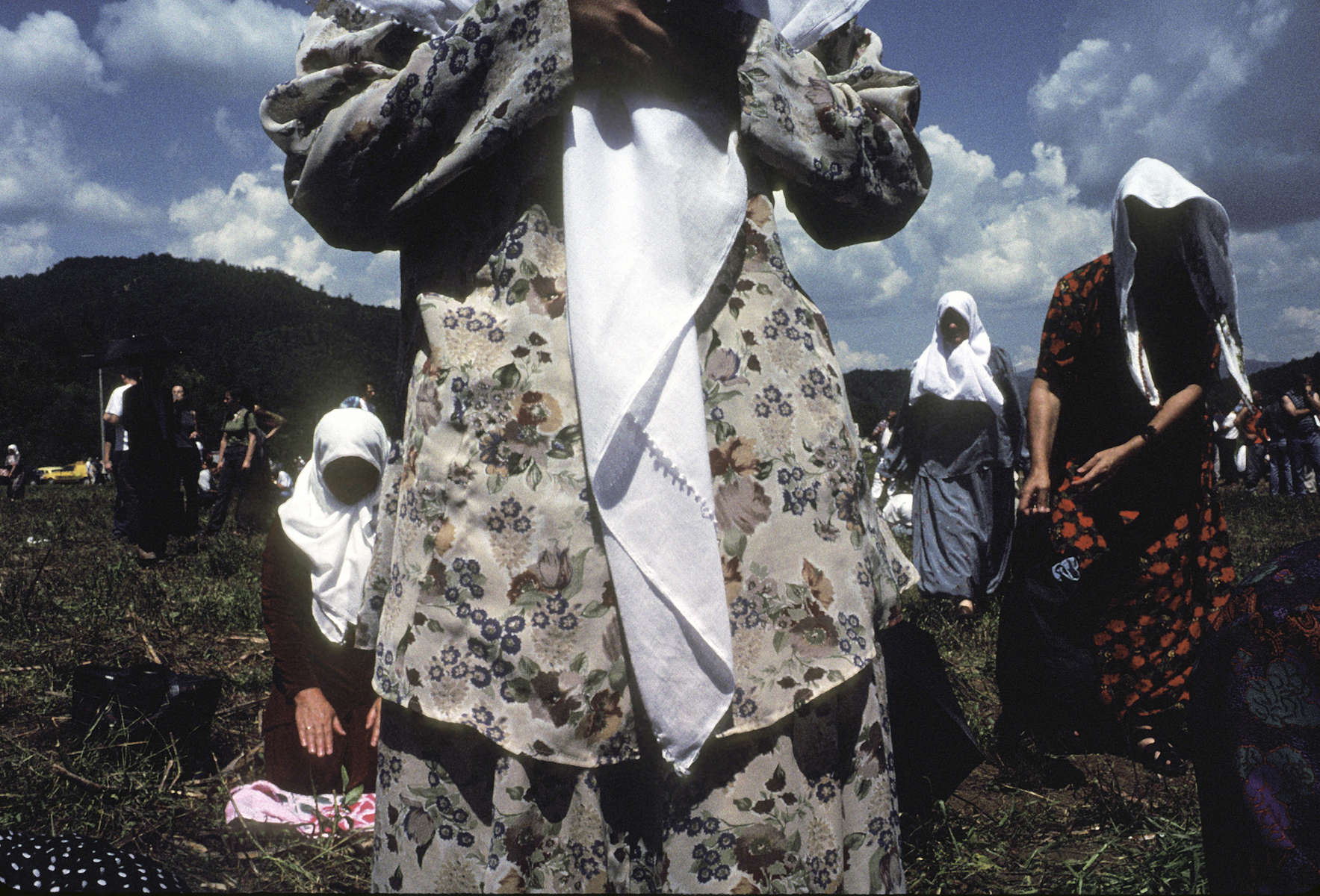 Prayer for the dead, Srebrenica widows


Muslim widows in prayer during dedication ceremonies for a planned memorial (which was completed in 2003) to the 7,000 to 8,000 Muslim men and boys who were killed by Serb forces in July 1995. The site is across the road from a now-abandoned factory where many of the victims were killed in the village of Potocari, just a few kilometers down the road from Srebrenica.