Aftermath: Bosnia's Long Road to Peace: Chapter One: This Peace: Playing in the remains of a bombed-out building 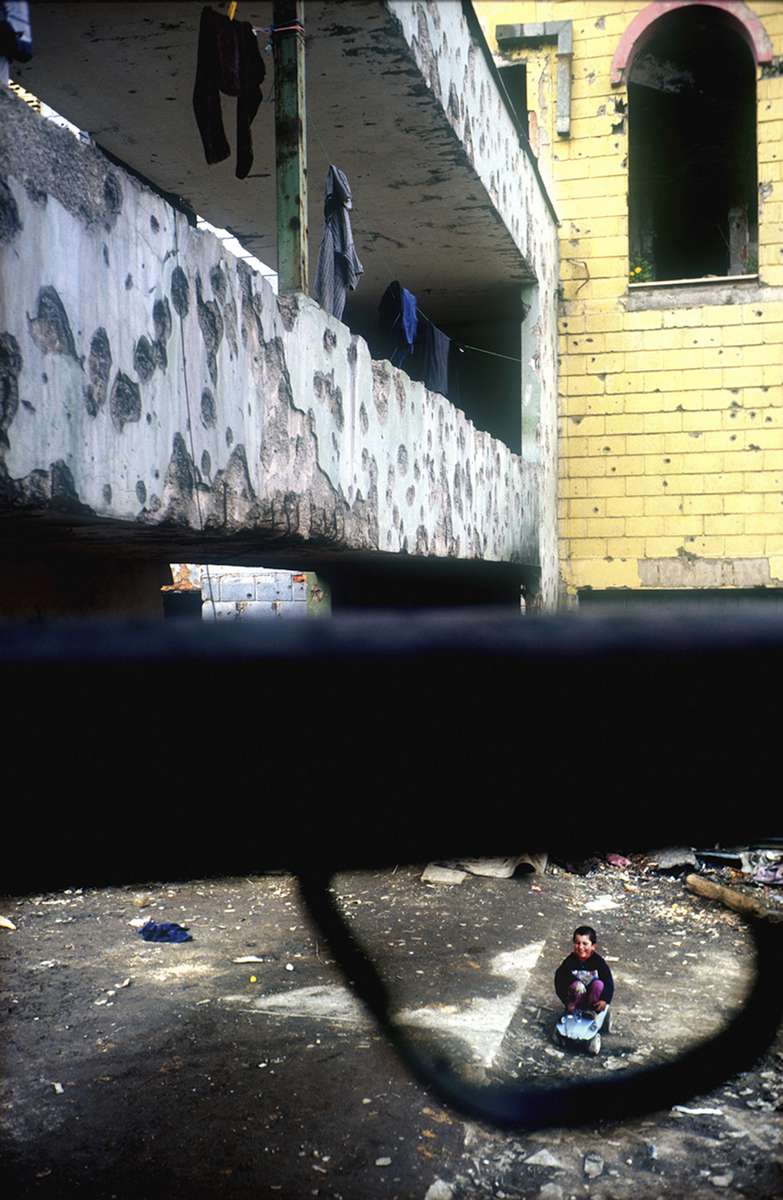 Playing in the remains of a bombed-out building


A Roma boy plays in the rubble of a building that was heavily mortared during the 1992-95 siege of Sarajevo by Serb forces. In 2002 squatters moved in to the complex, a senior citizen home which was completed just before the began and never used.