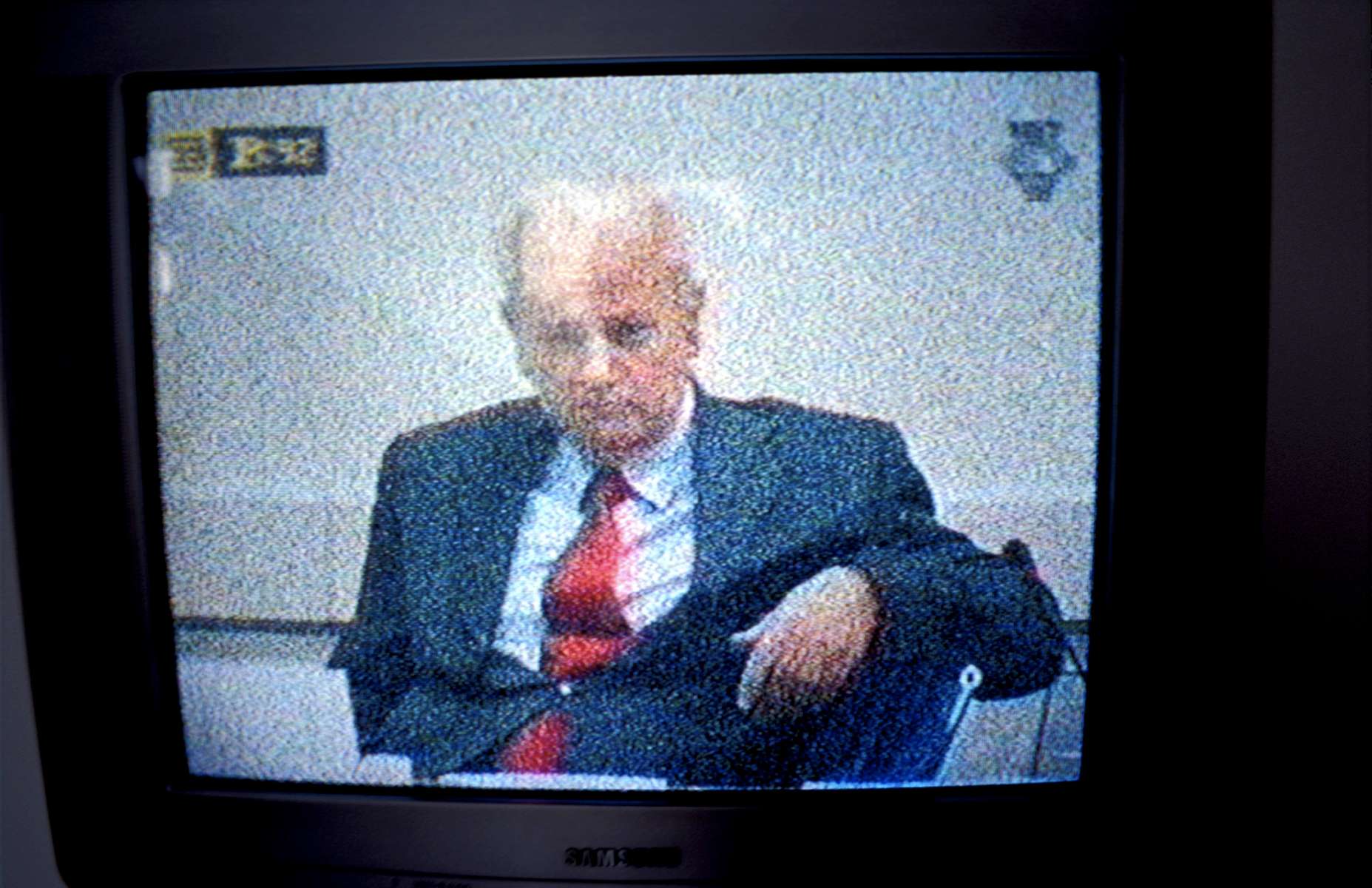 
Televised proceedings of the trial of Slobodan Milosevic, the former president of Serbia, who was handed over to the International Criminal Tribunal for the Former Yugoslavia and sent to the Hague in 2000. Milosevic was indicted in November 2001 for genocide in Bosnia during the war; by early 2005, his trial was still ongoing.