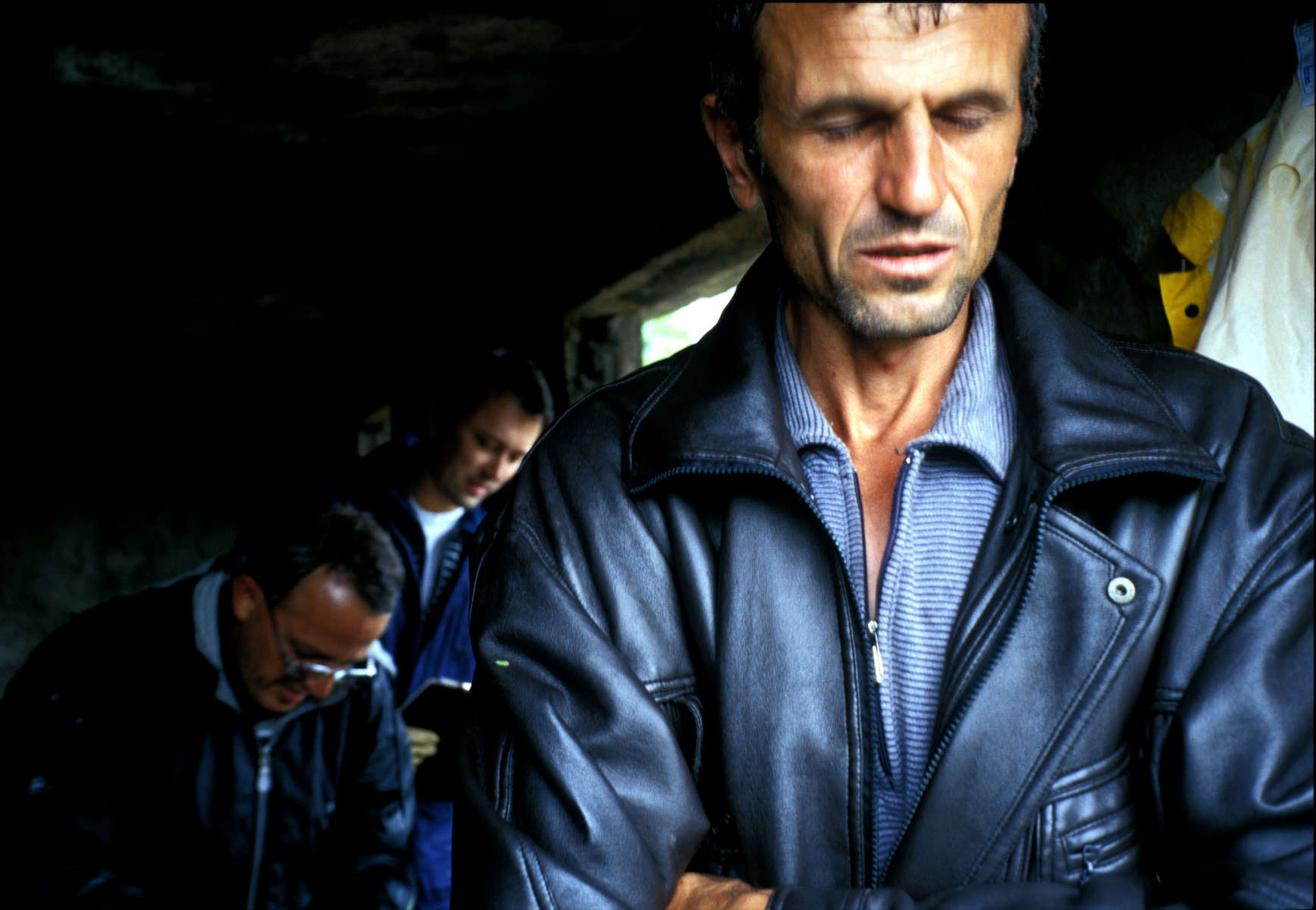 
This man has just helped to exhume his father, eight years after he was killed by Serb neighbors in May 1992. Muslim friends witnessed the killing, and later buried the man\'s father in a shallow grave in the forest of his village. Fearing for their lives, Muslims fled the village in the days that followed. The son was unable to return for his father\'s body until he came back to the remains of his village in 2000, determined to rebuild, along wiht a few former neighbors, and to recover his father\'s remains and bury them in the village cemetery.