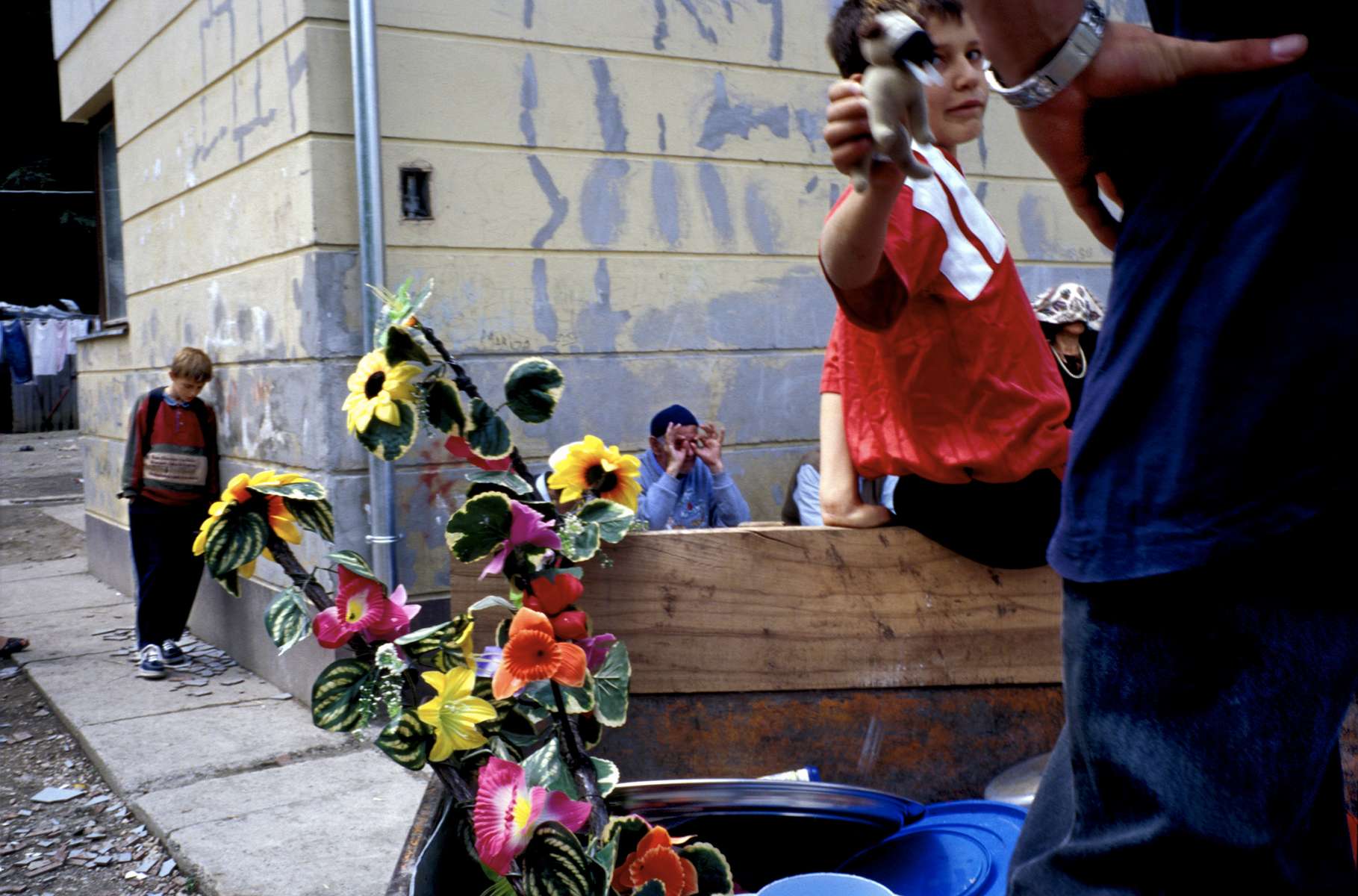 
Refugees from Srebrenica, who remain without permanent housing eight years after the end of the war, prepare to move out of one of the \"collective centers,\" which were set up as emergency housing for refugees around the country after the end of the war. The centers were meant to provide temporary housing for three or four months; they are now being closed despite the fact that some 10,000 refugees still have no place to call home.