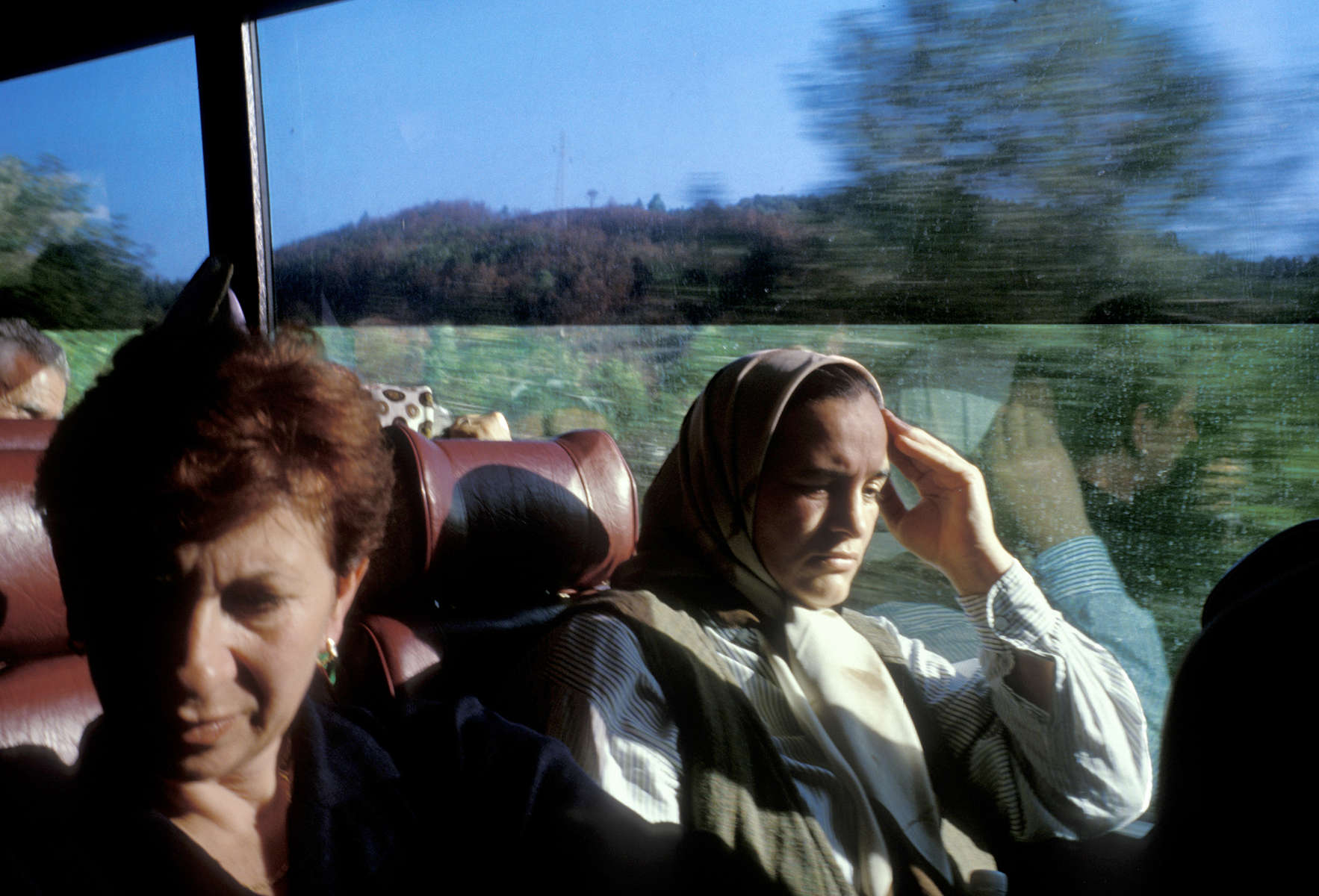 
Srebrenica widows head back to Sarajevo after a day spent in Srebrenica, where they had gone to see the homes they were forced to leave in 1995, when Serb forces overran their town and massacred 7,000 to 8,000 men and boys. Most of the widows\' homes were occupied by Serb refugees after the end of the war, and the women were beginning the legal process of reclaiming their property -- and deciding whether they wanted to return to their homes. October 2000.