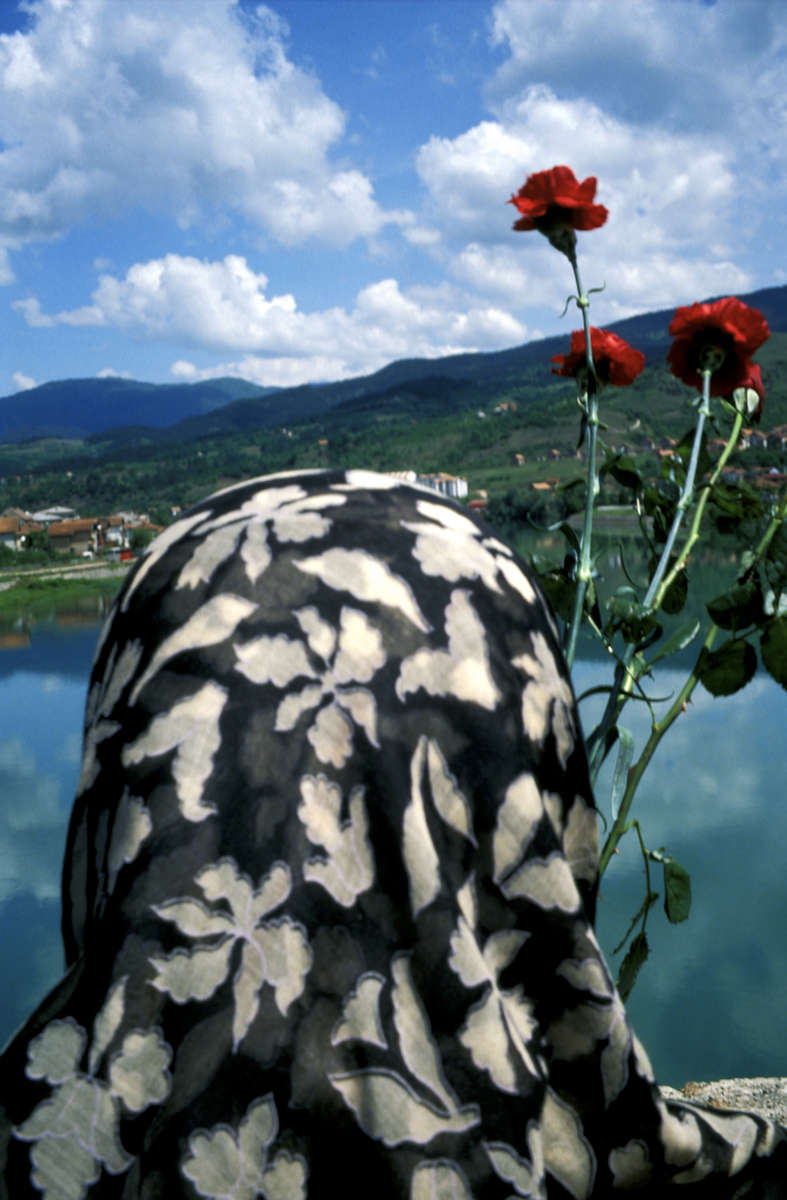 
A Muslim widow gets ready to throw red carnations in to the Drina River, marking the spot where some 2,000 Muslim men and boys were executed during the \"ethnic cleansing\" campaign waged by Serbs against their neighbors in the early months of the 1992-95 war. The bridge, built during the Ottoman Empire, was made famous by the Nobel Prize-winning author Ivo Andric in his book, \"Bridge on the River Drina.\"