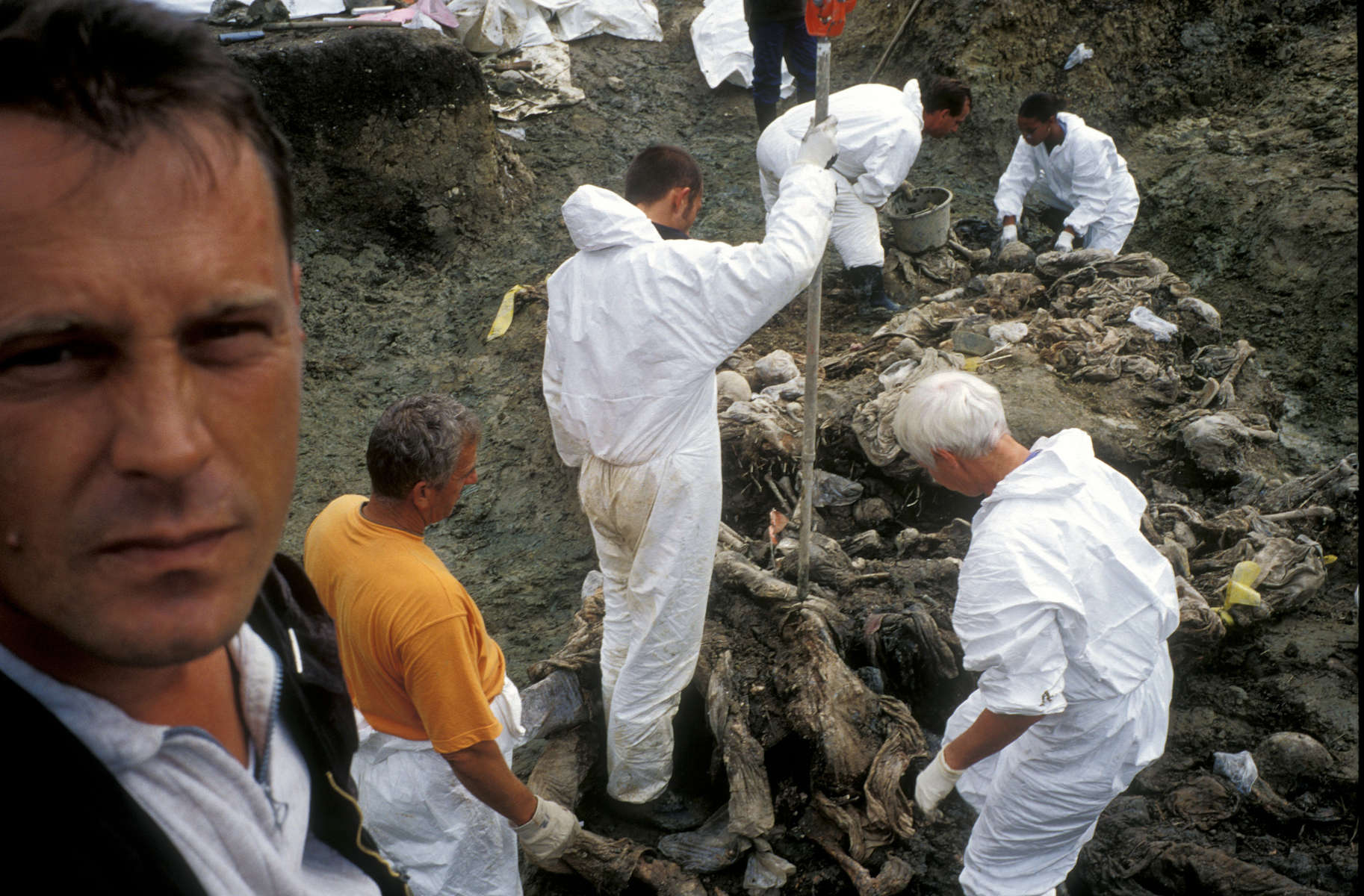 
Asim Hadzic, left, a police crime technician, stands at the rim of a mass grave of Srebrenica victims, as forensic anthropologists work to free remains of bodies from the compacted soil. This grave, one of twelve found along a rural road, is a \"secondary\" grave -- meaning that the bodies were originally buried elsewhere, and then dug up, moved and hastily reburied by Serbs who were trying to cover up evidence of the 1995 massacre of some 7,000 to 8,000 Muslim men and boys who were killed when the U.N. \"safe haven\" of Srebrenica was overrun by Serb forces.