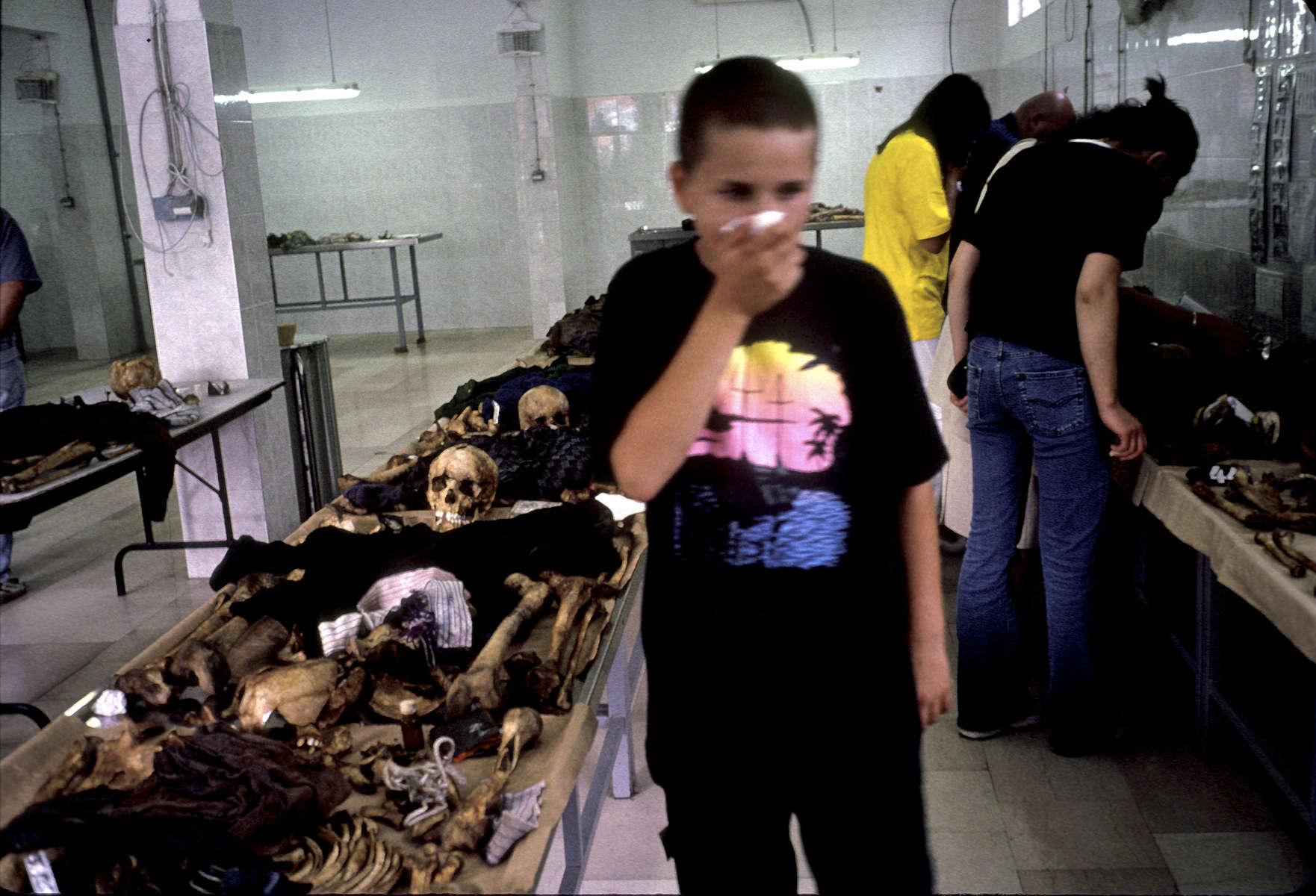 
A public viewing of skeletons exhumed from a mass grave near Foca in eastern Bosnia, where many Muslims were killed in a 1992 \"ethnic cleansing\" campaign by Serbs who wanted to create an ethnically \"pure\" state. At public viewings, the stench from the remains can be so strong that those viewing bodies sometimes clasp handkerchiefs to their mouths and noses. July 2001