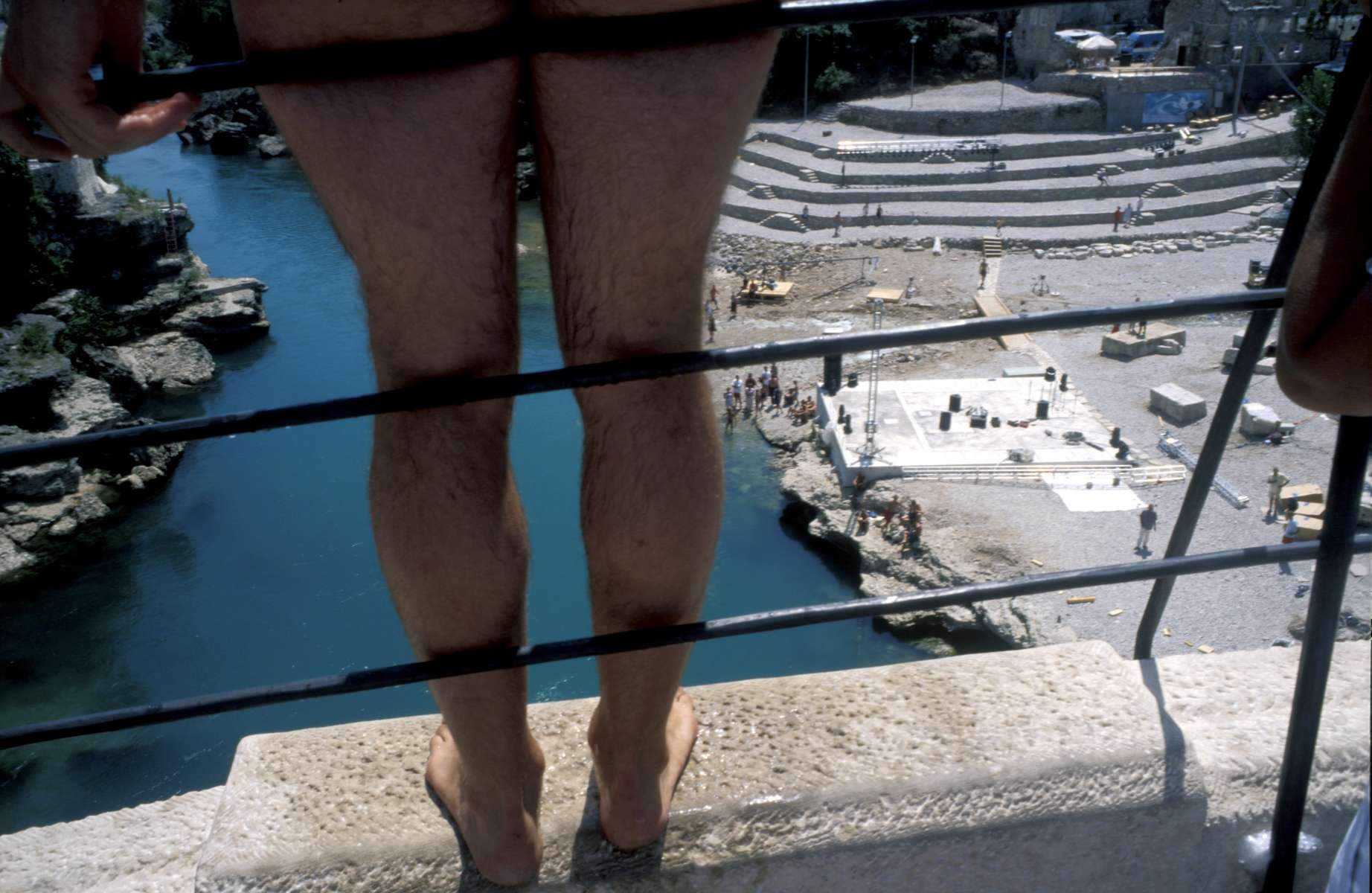 
The day after ceremonies marked the opening of the rebuilt Mostar Bridge, one of the town\'s legendary jumpers prepares to throw himself off the more than eight-foot-high bridge. The old bridge, built during the Ottoman Empire, was long a symbol of Bosnia\'s cultural heritage before it was destroyed in the 1992-95 war.