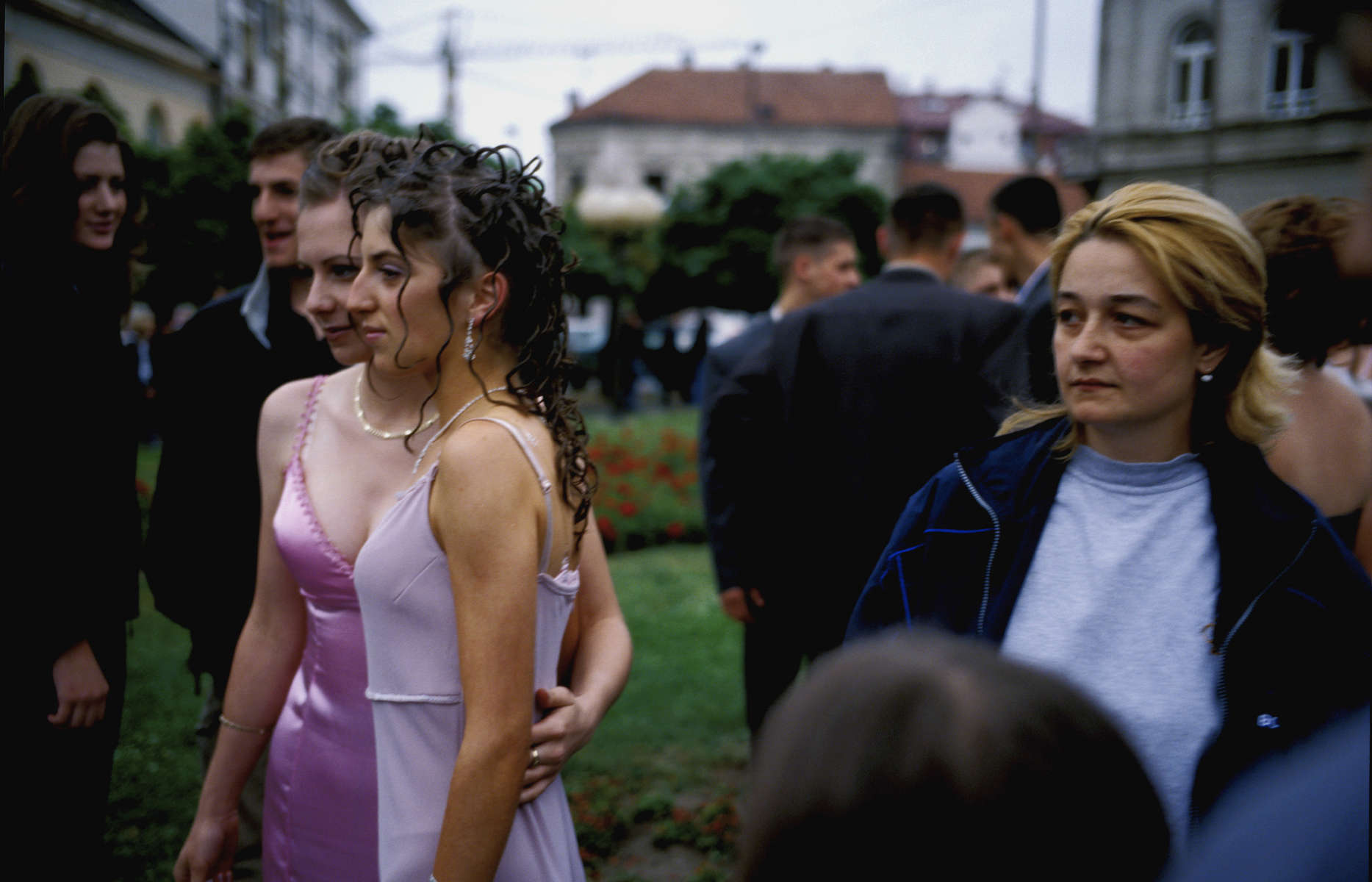 
High school girls pose for a picture on prom night in the town of Bjeljina, where \"ethnic cleansing\" began in April 1992. Serbian paramilitary forces and local Serbs attacked the city\'s Muslim community, killing some 500 people and forcing the rest of the Muslim population to flee. Few Muslims have returned to the city, which is in the northeastern part of the country, along the border with Serbia.