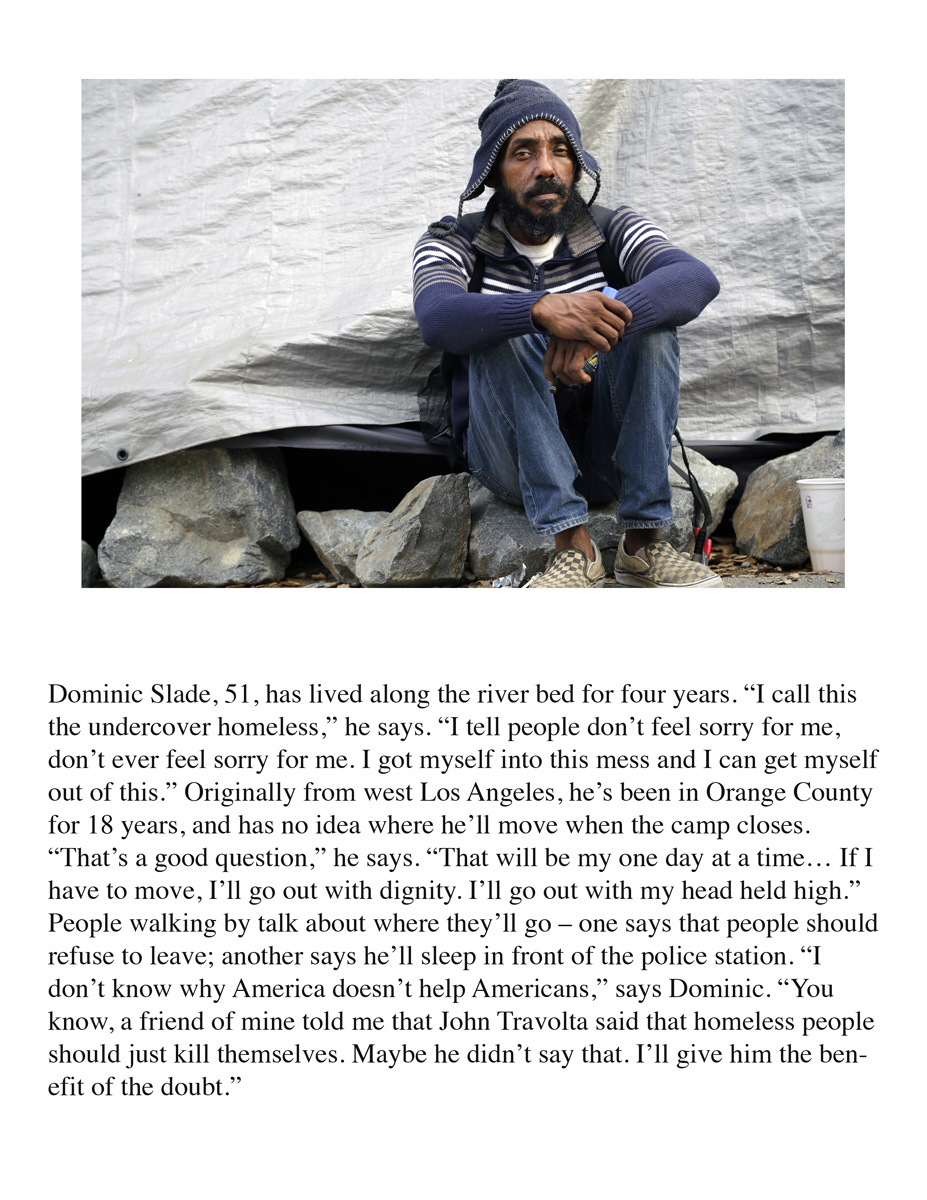 
Dominic Slade, 51, has lived along the river bed for four years. “I call this the undercover homeless,” he says. “I tell people don’t feel sorry for me, don’t ever feel sorry for me. I got myself into this mess and I can get myself out of this.” Originally from west Los Angeles, he’s been in Orange County for 18 years, and has no idea where he’ll move when the camp closes. “That’s a good question,” he says. “That will be my one day at a time… If I have to move on the 22nd, I’ll go out with dignity. I’ll go out with my head held high.” People walking by talk about where they’ll go – one says that people should refuse to leave; another says he’ll sleep in front of the police station. “I don’t know why America doesn’t help Americans,” says Dominic. “You know, a friend of mine told me that John Travolta said that homeless people should just kill themselves. Maybe he didn’t say that. I’ll give him the benefit of the doubt.”