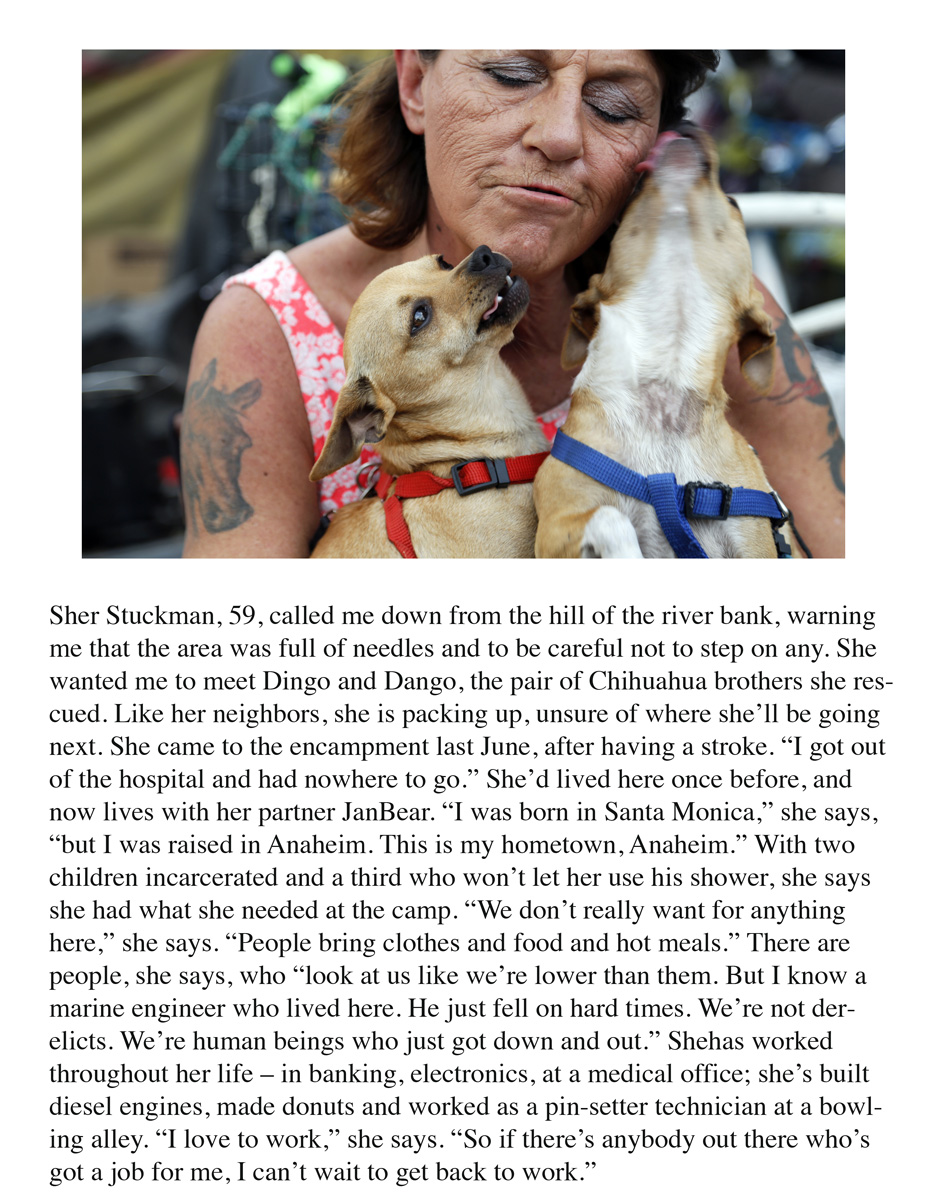 
Sher Stuckman, 59, called me down from the hill of the river bank, warning me that the area was full of needles and to be careful not to step on any. She wanted me to meet Dingo and Dango, the pair of Chihuahua brothers she rescued. Like her neighbors, she is packing up, unsure of where she’ll be going next. She came to the encampment last June, after having a stroke. “I got out of the hospital and had nowhere to go.” She’d lived here once before, and now lives with her partner JanBear. “I was born in Santa Monica,” she says, “but I was raised in Anaheim. This is my hometown, Anaheim.” With two children incarcerated and a third who won’t let her use his shower, she says she had what she needed at the camp. “We don’t really want for anything here,” she says. “People bring clothes and food and hot meals.” There are people, she says, who “look at us like we’re lower than them. But I know a marine engineer who lived here. He just fell on hard times. We’re not derelicts. We’re human beings who just got down and out.” Shehas worked throughout her life – in banking, electronics, at a medical office; she’s built diesel engines, made donuts and worked as a pin-setter technician at a bowling alley. “I love to work,” she says. “So if there’s anybody out there who’s got a job for me, I can’t wait to get back to work.”