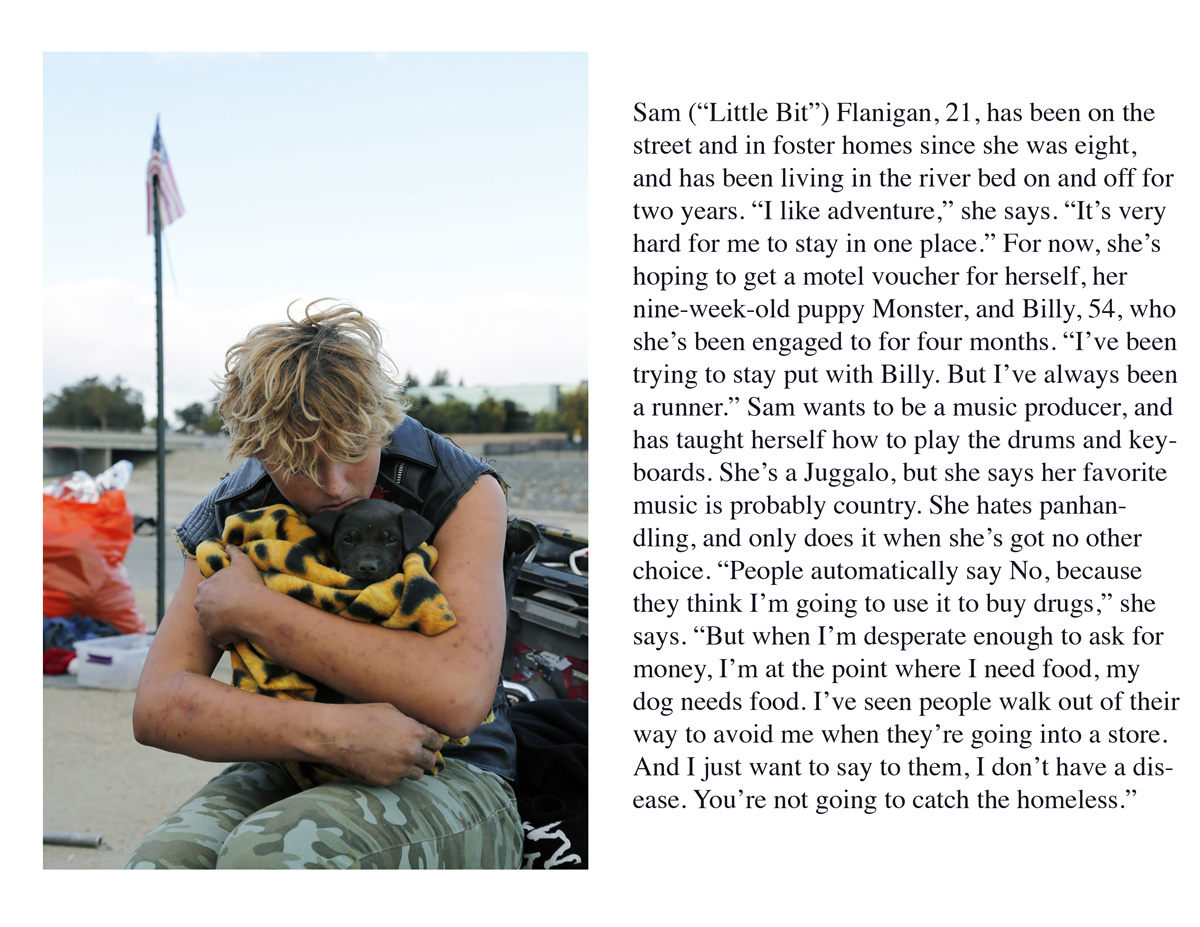 
Sam (“Little Bit”) Flanigan, 21, has been on the street and in foster homes since she was eight, and has been living in the river bed on and off for two years. “I like adventure,” she says. “It’s very hard for me to stay in one place.” For now, she’s hoping to get a motel voucher for herself, her nine-week-old puppy Monster, and Billy, 54, who she’s been engaged to for four months. “I’ve been trying to stay put with Billy. But I’ve always been a runner.” Sam wants to be a music producer, and has taught herself how to play the drums and keyboards. She’s a Juggalo, but she says her favorite music is probably country. She hates panhandling, and only does it when she’s got no other choice. “People automatically say No, because they think I’m going to use it to buy drugs,” she says. “But when I’m desperate enough to ask for money, I’m at the point where I need food, my dog needs food. I’ve seen people walk out of their way to avoid me when they’re going into a store. And I just want to say to them, I don’t have a disease. You’re not going to catch the homeless.”