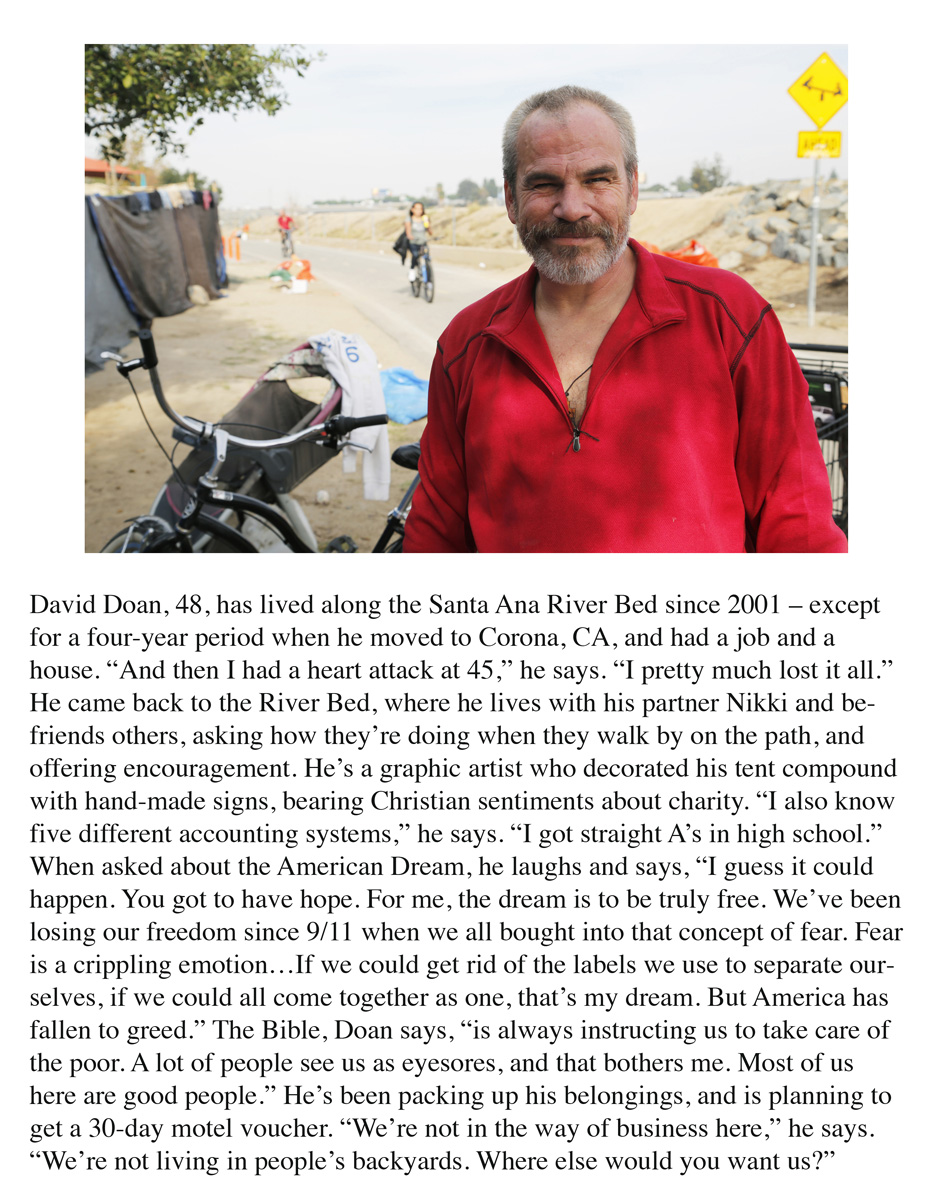 
David Doan, 48, has lived along the Santa Ana River Bed since 2001 – except for a four-year period when he moved to Corona, CA, and had a job and a house. “And then I had a heart attack at 45,” he says. “I pretty much lost it all.” He came back to the River Bed, where he lives with his partner Nikki and befriends others, asking how they’re doing when they walk by on the path, and offering encouragement. He’s a graphic artist who decorated his tent compound with hand-made signs, bearing Christian sentiments about charity. “I also know five different accounting systems,” he says. “I got straight A’s in high school.” When asked about the American Dream, he laughs and says, “I guess it could happen. You got to have hope. For me, the dream is to be truly free. We’ve been losing our freedom since 9/11 when we all bought into that concept of fear. Fear is a crippling emotion…If we could get rid of the labels we use to separate ourselves, if we could all come together as one, that’s my dream. But America has fallen to greed.” The Bible, Doan says, “is always instructing us to take care of the poor. A lot of people see us as eyesores, and that bothers me. Most of us here are good people.” He’s been packing up his belongings, and is planning to get a 30-day motel voucher. “We’re not in the way of business here,” he says. “We’re not living in people’s backyards. Where else would you want us?”