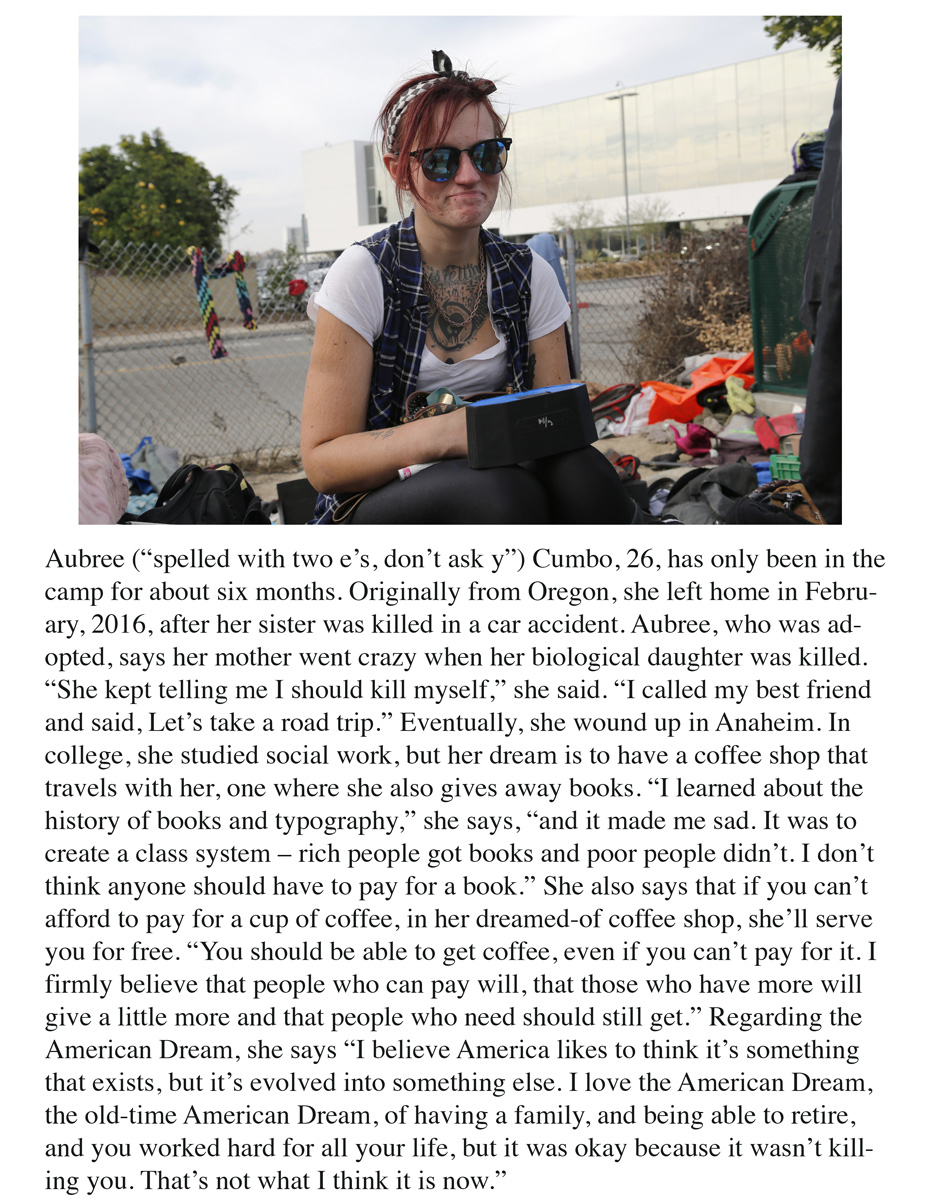 
Aubree (“spelled with two e’s, don’t ask y”) Cumbo, 26, has only been in the camp for about six months. Originally from Oregon, she left home in February, 2016, after her sister was killed in a car accident. Aubree, who was adopted, says her mother went crazy when her biological daughter was killed. “She kept telling me I should kill myself,” she said. “Rather than get angry or react, I called my best friend and said, Let’s take a road trip.” Eventually, she wound up in Anaheim. In college, she studied social work, but her dream is to have a coffee shop that travels with her, one where she also gives away books. “I learned about the history of books and typography,” she says, “and it made me sad. It was to create a class system – rich people got books and poor people didn’t. I don’t think anyone should have to pay for a book.” She also says that if you can’t afford to pay for a cup of coffee, in her dreamed-of coffee shop, she’ll serve you for free. “You should be able to get coffee, even if you can’t pay for it. I firmly believe that people who can pay will, that those who have more will give a little more and that people who need should still get.” Regarding the American Dream, she says “I believe America likes to think it’s something that exists, but it’s evolved into something else. I love the American Dream, the old-time American Dream, of having a family, and being able to retire, and you worked hard for all your life, but it was okay because it wasn’t killing you. That’s not what I think it is now.”