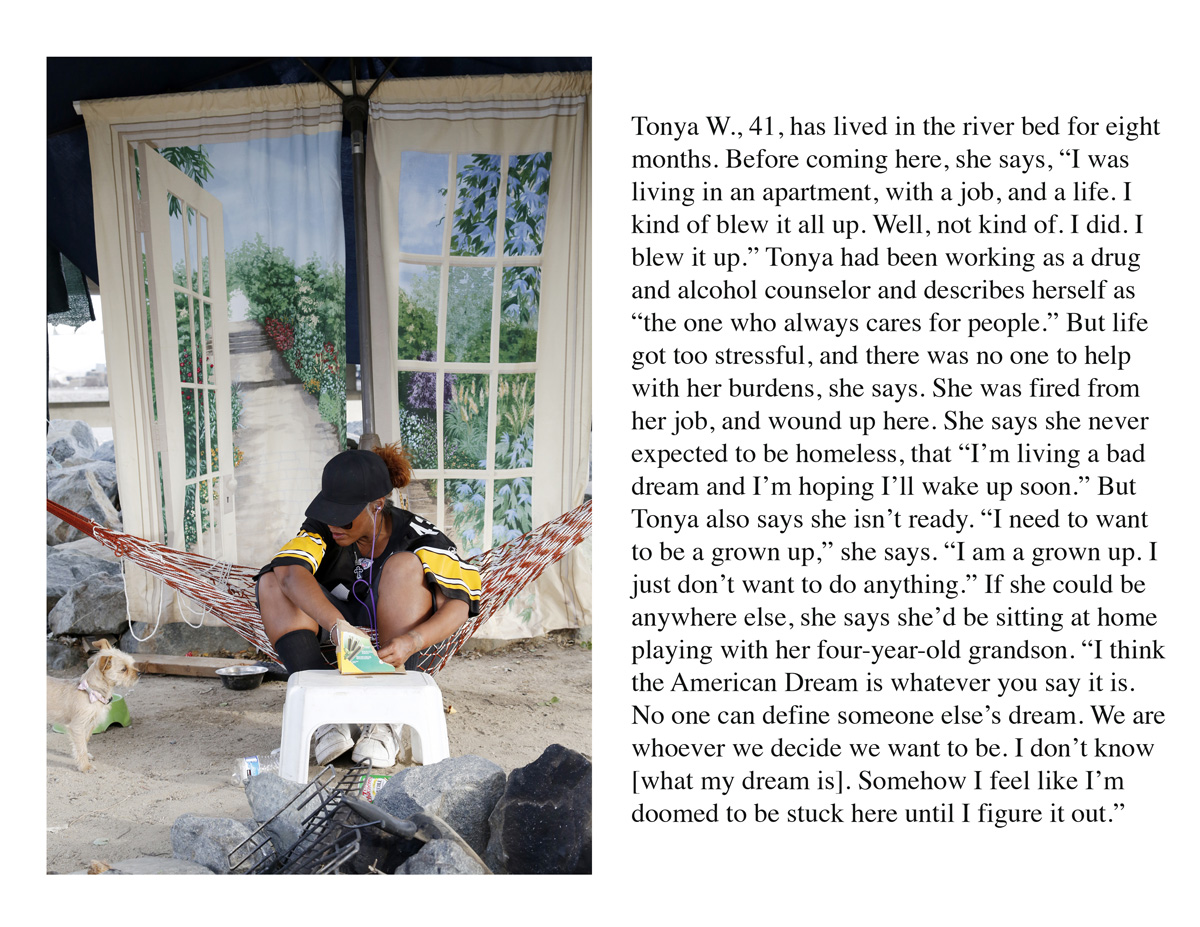 
Tonya W., 41, has lived in the river bed for eight months. Before coming here, she says, “I was living in an apartment, with a job, and a life. I kind of blew it all up. Well, not kind of. I did. I blew it up.” Tonya had been working as a drug and alcohol counselor and describes herself as “the one who always cares for people.” But life got too stressful, and there was no one to help with her burdens, she says. She was fired from her job, and wound up here. She says she never expected to be homeless, that “I’m living a bad dream and I’m hoping I’ll wake up soon.” But Tonya also says she isn’t ready. “I need to want to be a grown up,” she says. “I am a grown up. I just don’t want to do anything.” If she could be anywhere else, she says she’d be sitting at home playing with her four-year-old grandson. “I think the American Dream is whatever you say it is. No one can define someone else’s dream. We are whoever we decide we want to be. I don’t know [what my dream is]. Somehow I feel like I’m doomed to be stuck here until I figure it out.”