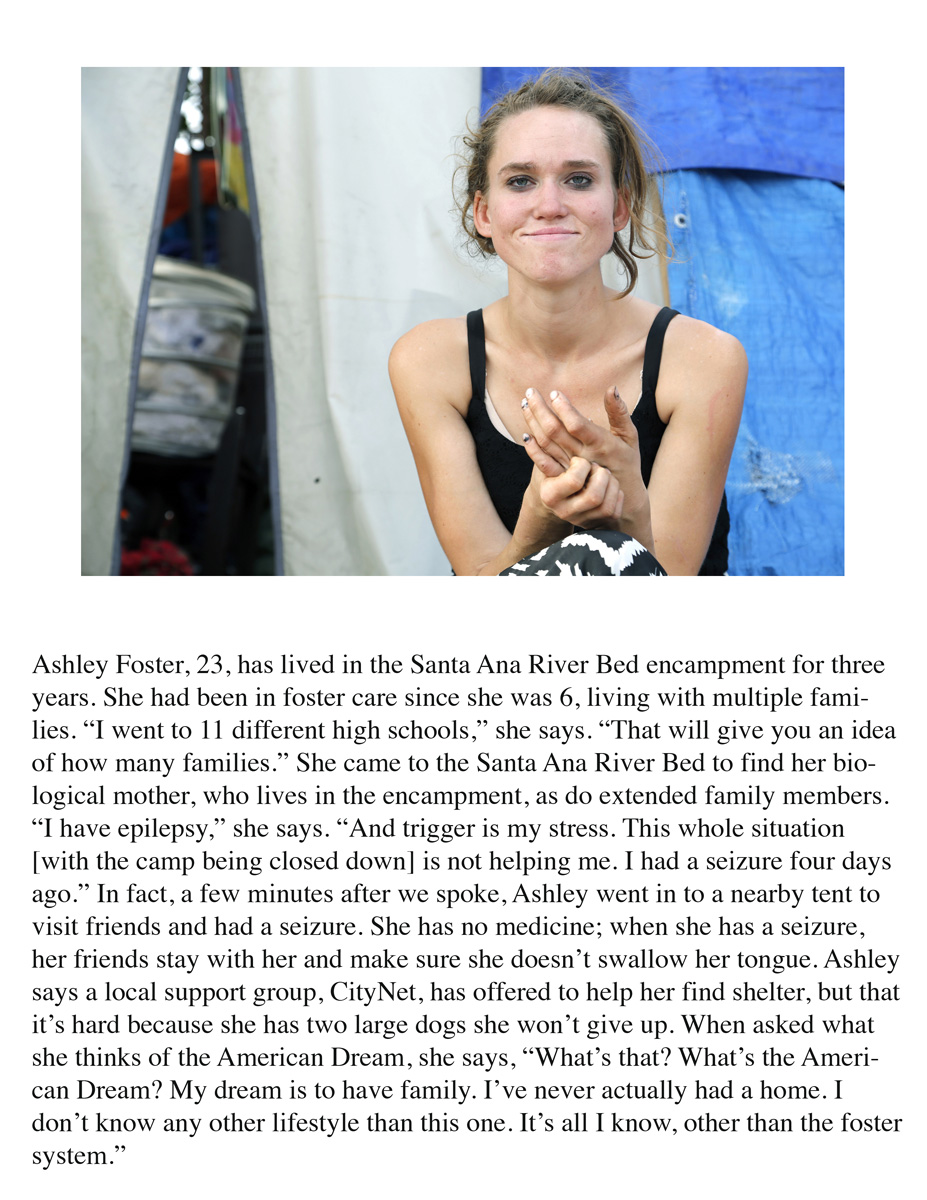 
Ashley Foster, 23, has lived in the Santa Ana River Bed encampment for three years. She had been in foster care since she was 6, living with multiple families. “I went to 11 different high schools,” she says. “That will give you an idea of how many families.” She came to the Santa Ana River Bed to find her biological mother, who lives in the encampment, as do extended family members. “I have epilepsy,” she says. “And trigger is my stress. This whole situation [with the camp being closed down] is not helping me. I had a seizure four days ago.” In fact, a few minutes after we spoke, Ashley went in to a nearby tent to visit friends and had a seizure. She has no medicine; when she has a seizure, her friends stay with her and make sure she doesn’t swallow her tongue. Ashley says a local support group, CityNet, has offered to help her find shelter, but that it’s hard because she has two large dogs she won’t give up. When asked what she thinks of the American Dream, she says, “What’s that? What’s the American Dream? My dream is to have family. I’ve never actually had a home. I don’t know any other lifestyle than this one. It’s all I know, other than the foster system.”