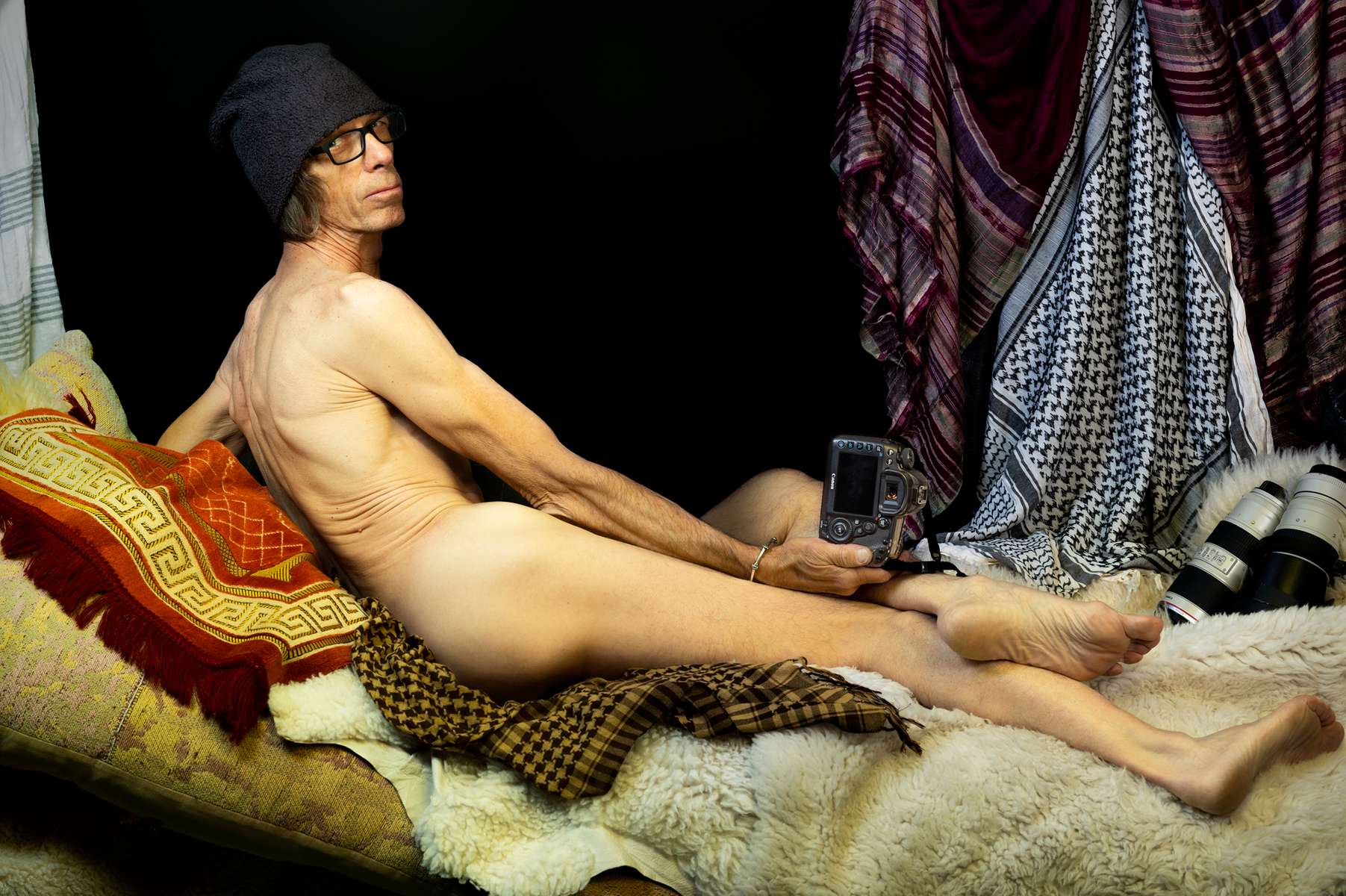 
From my earliest thoughts about Ingre’s Grand Odalisque, I knew that I needed a white male photojournalist for this photo; I knew that I wanted to comment on the othering perpetuated by the white male gaze of my industry for decades. This was my response to learning that Ingres' Odalisque, painted in 1814, was used to justify French colonialism -- an othering of peoples in the Near East and North Africa as a way of "proving" that they desperately needed France's "civilizing" authority. It’s something that photojournalism, unfortunately, has done for a long, long time – justified a white, male Western point of view which has “othered” women and people and cultures of color.

In May 2019, in Sarajveo, at the annual general meeting of my photo agency, VII Photo, I asked my colleague Christopher Morris to pose for me, and he agreed, with some trepidation. Chris was a natural choice for me. There are connections between us. He covered the war in Bosnia; I covered the aftermath. The photo I made was also my invitation to him, to engage in a dialogue between artists about nudity and representation and who does the gazing.

And we were in Bosnia, which was an important part of the Ottoman Empire – the very era which also prompted Ingres’ painting and “othering” of cultures France sought to bring under its subjugation. This was the place to make the photo, and Chris was the perfect model.

I’m weary as I write this. It’s the summer of 2019 and it’s America, and the president of the United States (I will not use his name in the same sentence as the word “president”) others some one or some group of people with almost every tweet he makes, almost every time he opens his mouth. White, male, western power – and the power of naming.

But we’re fighting back, and women are leading the way. Power is shifting, slowly but surely, and I believe images can help move that story forward. I am weary, as I said, but I am hopeful.